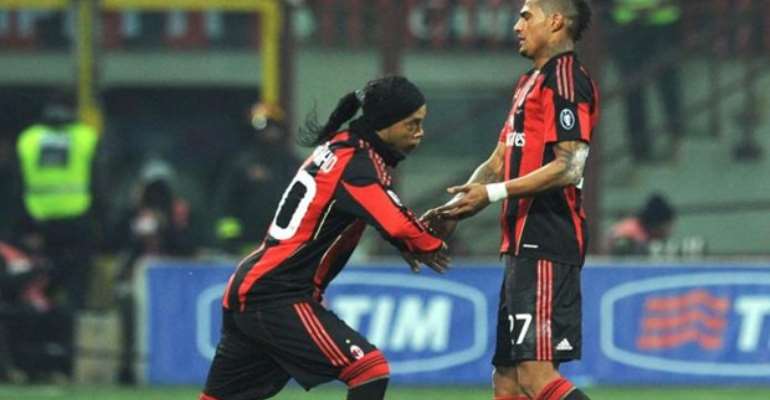 With the incredible talents of Lionel Messi and Cristiano Ronaldo still playing football, Ghana forward Kevin-Prince Boateng has hailed Ronaldinho as the greatest in history.

The Brazilian dribbling wizard, who announced his retirement from the beautiful game earlier this week, has earned raves of commendation from the football world.

Eintracht Frankfurt maverick forward, Boateng has joined the bandwagon by reacting to the farewell of the Brazilian legend, who was his partner when they both played for AC Milan.

"Ronaldinho was better than Maradona, Pele and Zidane, and when he did not start, he was unstoppable," said former UD player Las Palmas, speaking to Fox Sport.

"I used to stick the ball to the club when I wanted to, I used to tell you the names of the players I was going to make pipes at, and then I made them."

He defined him as "the best footballer I played with."

Ronaldinho was a member of Brazil's World Cup-winning squad in 2002 and won the Champions League and two LaLiga medals with Barcelona before helping AC Milan to a Serie A triumph in 2010-11.