Gala To Bounce Back 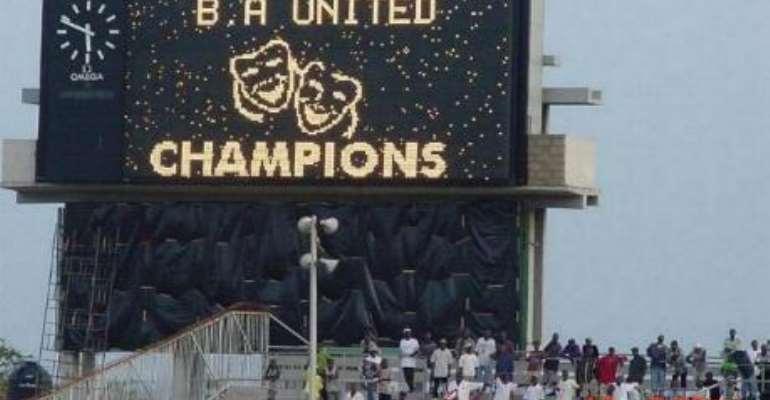 THE season-opening gala competition is set to bounce back this year after a three-year break.

The subject is one of two issues that lay on the tables of the Ghana League Clubs Association secretariat at this afternoon's emergency meeting at their secretariat.

Sources with the GFA has hinted of a possible sponsorship by a multi-national company for this year's event.

The ceremonial competition has been absent from the national calendar since 2003 due to the lack of a sponsor and a tight local football programme. B.A. United won the last event in 2002 when they beat Liberty Professionals in the final.

Since then, the competition has gone underground with no mention of it by either mainstream football officialdom or club administrators.

In recent times, when the league has travelled beyond the deadline for submission of candidates for CAF-organised club competitions, the gala has naturally earned little attention.

In its stead, the GHALCA Top 4 tournament has stepped in as a replacement.