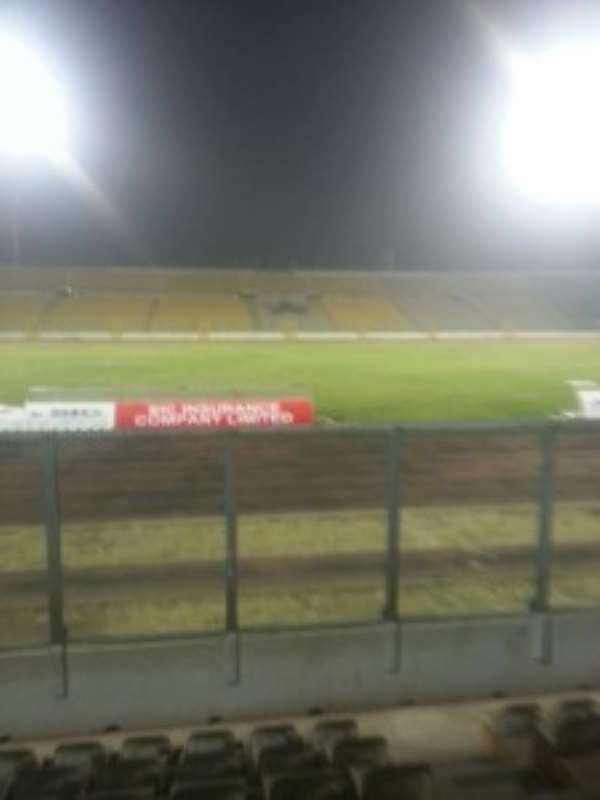 The floodlights at the Baba Yara Sports Stadium have been tested by the stadium authorities and match organizers of the long-awaited anniversary game with Serbian side FK Jagodina.

The lights at the stadium have been in bad shape for close to two years hindering football related activities from successfully taking place.

But the recent boxing bout between Bukom Banku and Ayittey Powers compelled the authorities to fix the sickening flood lights.

The organizer of the Kotoko anniversary match have however tested the flood light for some hours to see how effective they will function during the game on Sunday.

It will be recalled that the flood lights went completely off during the 2014 World Cup qualifier between the Black Stars of Ghana and the Crocodiles of Lesotho in 2013.

The organizers do not want to take chances and have tested the facility to avoid embarrassment during the game on Sunday.

Asante Kotoko will be taking on the Serbian side as part of their 80th Anniversary celebration as well as preparing for the upcoming Ghana Premier League expected to commence later this month.