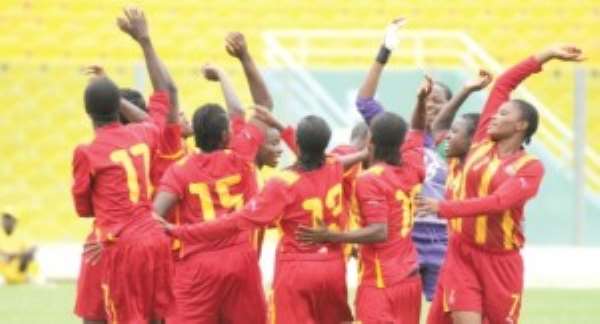 There is only so much the Canadian team can do to prepare for its first opponent Ghana at the Under-20 Women's World Cup.

Like it is for many youth teams around the world, in-game video of the Ghana squad is rather limited. From what the Canadians have been able to glean from the footage they've seen, they're expecting a side with plenty of speed and a unique style in Tuesday's opener at BMO Field (CBC, CBCSports.ca, 8 p.m. ET).

“Ghana is a very fast, physical team,” said midfielder Jessie Fleming. “They have very technical forwards. They're definitely going to be difficult to play [against]. They're unpredictable at times.

“So it's just a matter of sticking to our game plan and doing what we can to match that.”

The Ghana team has trained in the Ontario capital ahead of the tournament. That has allowed the Canadians to gather some more information on their first Group A opponent.

“We've been a bit fortunate,” said Canadian coach Andrew Olivieri. “They've been here in Toronto so we've had a couple of people that have been able to see them. That's certainly part of the culture of our program is being prepared for our opponents and seeing them and basically analyzing them is crucial to the way we work.”

Canada will play Finland in another Group A game Friday in Toronto before heading to Montreal for an Aug. 12 game against North Korea.

Group B includes the U.S., Germany, China and Brazil. Group C is made up of England, Mexico, Nigeria and South Korea while Group D consists of Costa Rica, France, New Zealand and Paraguay. The tournament runs through Aug. 24 with Edmonton and Moncton as the other host cities. U.S. is tourney favourite

The defending champion Americans are a tournament favourite along with Germany and North Korea.

That experience will be needed for a side that Olivieri said is the youngest team that Canada has fielded since the inaugural edition of the tournament in 2002. Defender Kinley McNicoll will serve as captain and Kailen Sheridan is the No. 1 goalie.

Canada is coming off a disappointing 1-2-0 performance in the 2012 event while Ghana dropped all three of its matches. Neither side advanced out of the group stage.

“We have been preparing very well for the tournament,” Ghana vice-captain Alice Danso said on the FIFA website. “We are getting all the support we need and I am sure that when the competition starts in Canada, we will be ready.”

Canada should get a boost from what is expected to be a lively crowd at the lakefront stadium, which is also the home field for Toronto FC of Major League Soccer.