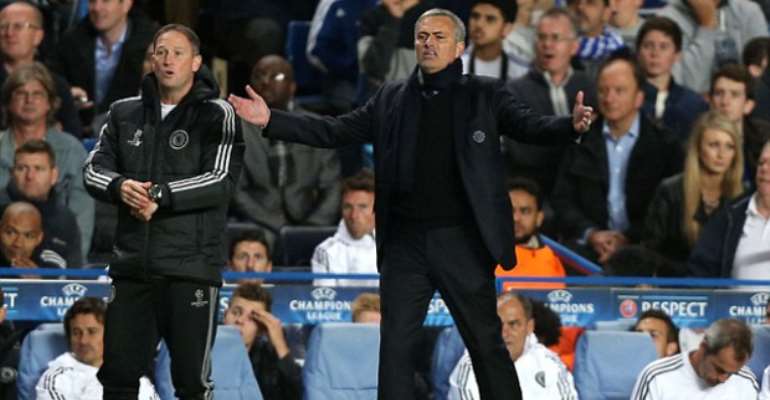 Chelsea were dumped out the Capital One Cup by Sunderland on Tuesday night after missing a hatful of chances – again.

Mourinho knows they have to find their shooting boots at Arsenal on Monday or they will be pay the price.

In nine matches over more than nine years with Wenger, Mourinho has won five of them and drawn four.

“I feel that missing the chances, maybe later you are punished. We have this problem.

“We were poor against Basel but in every match we lost in England, in the Premier League and in the cup (at Sunderland), we were the best team by far.

“We were always very comfortable on the pitch, we had unbelievable chances to score to kill the game. We don't do it.

“Late goals are a consequence of a team that doesn't kill an opponent.”

Strikers Fernando Torres, Samuel Eto'o and Demba Ba have faced the brunt of the criticism for the poor performances in front of goal.

Now Mourinho has hit out at the trio for failing to keep possession and sparking counter-attacks against Stoke, Crystal Palace and Sunderland.

He added: “In all the three situations we were punished on the counter-attack when our striker dropped back into midfield and lost the ball.”