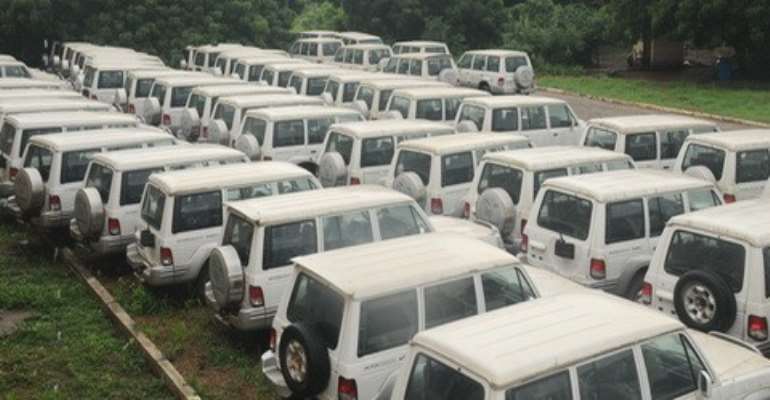 “MR. Speaker, the only document we have here in the form of an agreement indicating the terms and conditions of everything is dated 10th of January, 2000. And as far as I am concerned, they were not conventional contracts which you and I are aware of, where witnesses and others are around. So if these are things of that nature, as at now we have not laid hands on them.”

The above quotation was a statement made on the floor of Parliament by the late Mr. Kwadwo Baah-Wiredu, the then Minister of Local Government and Rural Development (MLGRD) in response to a question posed to him by Mr. Kosi Kedem, former Member of Parliament (MP) for Hohoe South Constituency on whether or not there was a signed contract between the Ministry (MLGRD) and African Automobile Limited (AAL), which was unilaterally abrogated.

Mr. Baah-Wiredu's reaction was captured in a Parliamentary Hansard on November 8, 2001, titled “Urgent Questions: Ministry of Local Government and Rural Development” by a legislator (Mr. Emmaneul Adjei Boye) on the terms of agreement for the purchase of 110 Galloper Station Wagons and 10 Sanitation Vehicles by the Ministry from AAL.

He said the company (AAL) supplied only 23 vehicles out of the 110 ordered, saying the 23 vehicles were allocated to the District Assemblies. Again, AAL's non-fulfillment of contractual obligation was exposed by the Ministry, after paying deposits of ¢3.5 billion (US$500,000) on June 5, 2000, and ¢1.3 billion paid on November 13, 2000, for 10 sanitary equipment, which the company failed to deliver.

Mr. Baah-Wiredu alerted Parliament that the 23 Gallopers allocated to the Assemblies were noted to be of “poor quality and certainly not strong and robust enough for the work of a District Chief Executive and the terrain in which they would be working”, adding that “based on the field reports from the districts, we concluded that these vehicles are not in the best interest of the nation.”

“In the course of our interaction, we actually stated that we preferred getting more robust and suitable vehicles like Nissan or Toyota pick-ups to perform the functions which we have assigned to the areas these vehicles are to go”, Baah-Wiredu underscored.

He further submitted that MLGRD wrote to abrogate its contract with AAL on September 28, 2001, highlighting on their failure to honour its contractual obligation and requested the company to refund the total deposit of ؓ¢13 billion by October 15, 2001, including payment of appropriate interest on the outstanding balance.