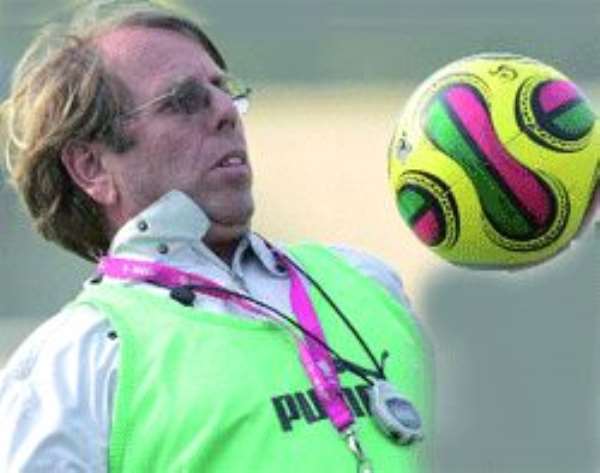 Black Stars coach, Claude Le Roy, still holidaying in France after the Africa Cup of Nations, has an important task awaiting him at the end of the month with Ghana set to play Niger in Accra in the first leg of the preliminary round qualifiers of the new African Nations Championship.

The novelty tournament, scheduled for February 22–March 8, 2009 in Cote d'Ivoire, is reserved exclusively for home-based players in order to boost domestic leagues in Africa.


Following the revision of the fixtures by the Confederation of African Football (CAF) after Ghana's late admission into the qualifiers, the local national team will host their Nigerien counterparts on March 30, with the return leg taking place in Niamey in the second weekend of April.


Ghana is lumped into Zone West B (7) that includes countries like Benin, Burkina Faso, Nigeria and Togo.


The GFA has given indication that Frenchman Le Roy will be tasked to take advantage of the tournament to build a standing local national team to be used as a base for integration into the regular Black Stars.

Perfidious Asiedu Nketiah and Ofosu Ampofo are imposters in ...
12 hours ago