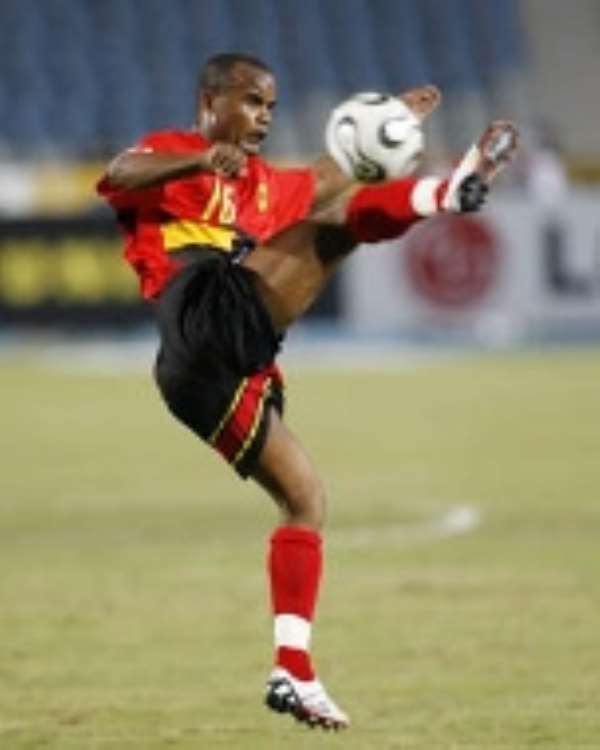 Manucho scored twice as Angola hit back to shock Senegal 3-1 at the African Nations Cup with their first victory in Group D on Sunday.

The striker, who is awaiting a work permit so he can join English Premier League champions Manchester United, proved the difference as Angola won for only the second time in 11 ANC matches spanning four tournaments.

And it was the first time that 2002 runners-up Senegal lost by more than one goal in their 42-match Cup history.

Senegal will need beat South Africa on Thursday to have any hope of reaching the knockout phase after drawing their opening match, while Angola -- who have four points -- next take on Tunisia.

Newcastle defender Abdoulaye Faye put Senegal in front after 20 minutes with a header after Souleymane Diawara's knock down from captain El-Hadji Doiuf's free-kick.

But Manucho, who scored in Angola's opening 1-1 draw with South Africa, put the Black Antelopes on level terms in the 50th minute when he climbed above Habib Beye to head home Ze Kalanga's cross from the right.

Senegal goalkeeper Tony Sylva did well to save a long-range effort from the recalled Maurito, but he was at fault when he missed a corner to allow Manucho to put Angola ahead in the 67th minute.

Striker Flavio Amado wrapped up the victory in the 76th minute when he headed in his side's third goal from a cross from Yamba Asha.

"Senegal deserved their advantage in the first half, but I made some changes at half-time and asked the players to keep the ball low, and we played faster," said Angola coach Oliveira Goncalves.

"Senegal are a big team but we deserved the win, despite their star players."

Senegal coach Henri Kasperczak was disappointed with the way his side lost their momentum in the second half.

"In the first half we were committed, strong and reliable, but in the second half Angola's goal hit my players mentally," he said.

"We knew before that if we lost this we'd still have a chance of qualifying, but it's going to be tough against South Africa."