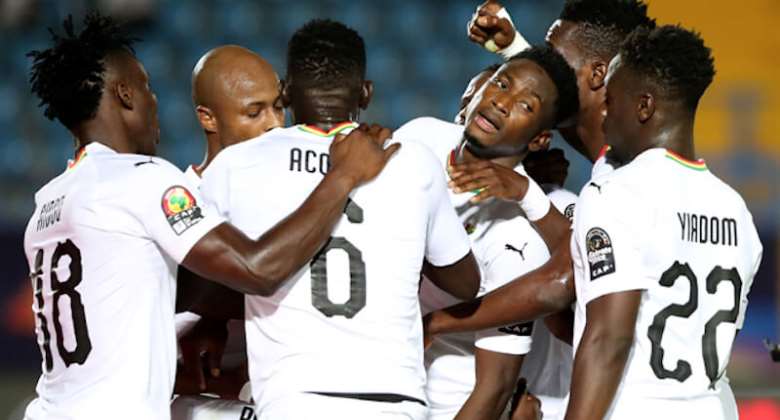 Former player of Accra Hearts of Oak, Esme Mends, has alleged that the current abysmal performance of the Black Stars is caused by football agents.

As part of the preparatory games for the 2022 FIFA World Cup, the Black Stars on Friday, September 23, 2022, and Tuesday, September 27, played friendly matches against Brazil and Nicaragua.

In the game against Brazil, the Black Stars lost by 3 goals to nil while they concluded their international break by beating Nicaragua by a goal to nil.

The results after the friendlies have created elephantine outcry amongst football enthusiasts and the general public as a whole.

While some are calling for the head of the Coach, Otto Addo, others also believe Ghana doesn't have the requisite players to play at this year's football mundial.

Reacting to the Black Stars' disappointing performance in the two friendlies in an interview on Hot 93.9FM's 'Focal Sports' show - hosted by Stonchist D'Blakk Soulja, Esme Mends without mincing words attributed the abysmal performance of the Black Stars to current football agents.

According to the legendary former Hearts midfielder, "It's time we get serious as a country and stop doing business with the Black Stars, let's be truthful to ourselves and You know it, it has gone on for a very long time".

The disenchanted Esme Mends stated boldly that, "It's time we stopped football agents from occupying big positions which entice them into influencing player selections."

The Black stars who will be making their fourth appearance at the 2022 FIFA World Cup in Qatar have been placed in Group H.

They are in Group H with Portugal, Uruguay and South Korea, where they will open the tournament with a game against Portugal.