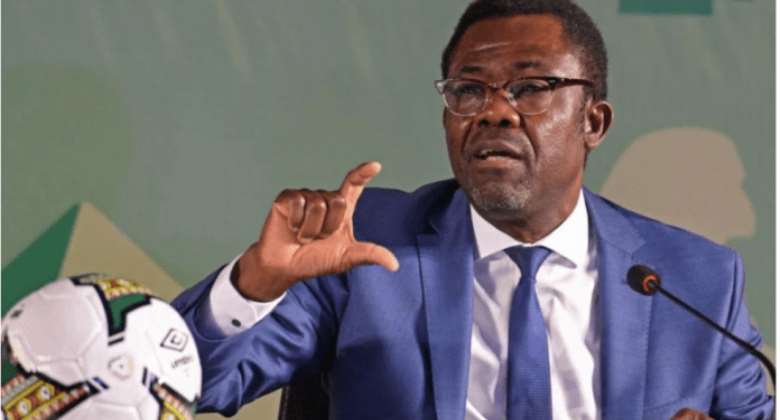 The Confederation of African Football, [CAF] has reacted for the first by the constant interference of the Ghana governemnt in the affairs of the Ghana Football Association [GFA].

Following the exit of the Black Stars from the ongoing 2021 Africa Cup of Nations [AFCON] in Cameroon, the Ghana government through the Sports Ministry has suggested that a new management committee is put in place for the national team as part of the measures to ensure the progression of the team.

However, reports also suggest that the government has settled on Chris Hughton as the new coach of the team following the sacking of Milovan Rajevac last month despite the FA holding talks with Otto Addo.

General Secretary of CAF, Veron Mosengo-Omba told Joy Sports and 3Sports in Cameroon that said the government can only check the GFA expenditure after earmarking their budget and insist on them to account for every penny spent on Ghana football.

He added that the government will be exercising ultra vires when it gets involved in the decisions to appoint coaches for the national teams or sack them, an action he said CAF detests.

“To lose the game, to lose the cup is part of football. Ghana was eliminated [in the AFCON] and this is the rule of the game. The government, financially, they put the fund for them to prepare for the competition, that I have to thank the Government of Ghana on behalf of CAF President, thank you very much and this is the way of cooperation we want for our members and the government.

“The money that the government put forward for the Black Stars, the government has to check with the GFA how you spend each penny, they have to do that, we encourage them to do that but the redline is the government cannot involve in the management of the federation.

“Even if they lose you cannot say change the management, you have to change the coach. This will be very dangerous. we don’t want to come back on that again because this looks like interference. I beg the government that if this is the intention, stop it. They can coerce them to monitor the funds that are put in, that is normal, I don’t think the GFA is against this, the President of CAF is not against this but please not involved in the management of the Federation,” he added.

Meanwhile, fresh reports say Hughton is expected to be named Black Stars manager on the interim.