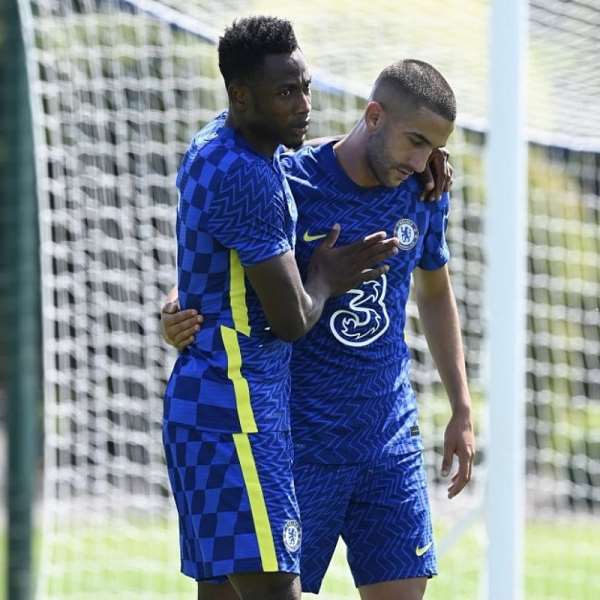 Ghana full-back, Baba Abdul Rahman provided a delightful assist for a Chelsea goal on Tuesday night when the team came from behind to defeat Bournemouth 2-1 in a pre-season friendly match.

After multiple loan spells since joining the English Premier League giants in 2015, the left-back is hoping to earn a place in the squad for the 2021/2022 football season.

So far, he has impressed in pre-season under Thomas Tuchel and remains poised to keep fighting in training.

In a friendly match against Championship side Bournemouth played at the Dean Court today, Baba Rahman was in action and once again put up an impressive performance.

On the matchday, the defender sent in an in-swinging cross in the 72nd minute that located teenage striker Armando Broja. The forward nicely controlled before firing home from close range.

That goal restored parity for the Blues after trailing to Bournemouth through an equalizer from Emiliano Marcondes.

Later on in the game, Ike Ugbo found the back of the net of the home team to seal a 2-1 comeback win for Chelsea.