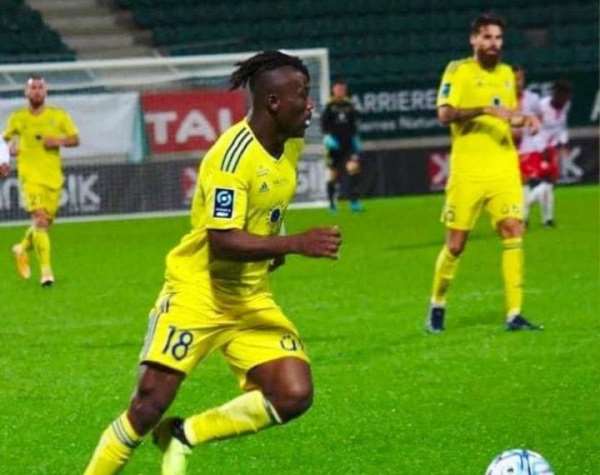 Striker Ebenezer Assifuah scored a sensational brace on Saturday evening to power his Pau FC outfit to a heavy 3-0 win over Châteauroux in the French Ligue 2.

Since joining the French lower-tier club in the summer transfer window after partying ways with Le Havre, the Ghana international has been excellent for the team and continues to excel.

Called into action for FC Pau in a Matchday 10 fixture against Châteauroux at the Stade Gaston Petit, Ebenezer Assifuah displayed outstanding form as he found the back of the net twice.

First, the 27-year old scored in the 9th minute to open the scoring for the away team with an assist from Romain Armand, before adding a second in the 40th minute to complete his brace.

Lasting the 90 minutes of the vital win, Ebenezer Assifuah earned an enviable rating of 8.2 from SofaScore for his dazzling outing that saw him working his socks off for the team. 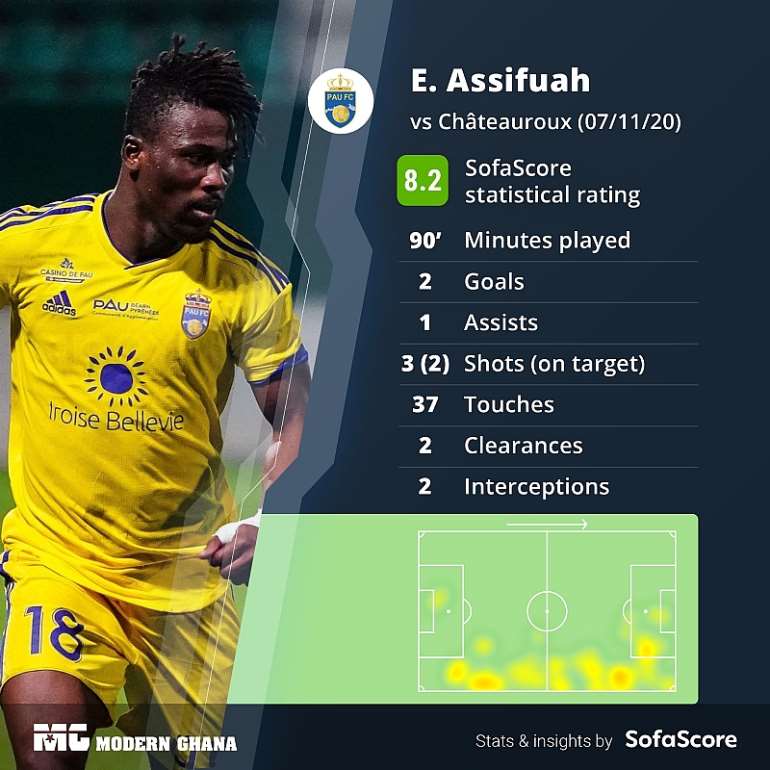 In addition to his two goals, Ebenezer Assifuah was on hand to assist Romain Armand for FC Pau’s second goal of the day that proved crucial for the team in the 3-0 win against Châteauroux.

With today’s masterclass performance, the striker now has 3 goals and 1 assist in 10 outings in the French Ligue 2 this season. 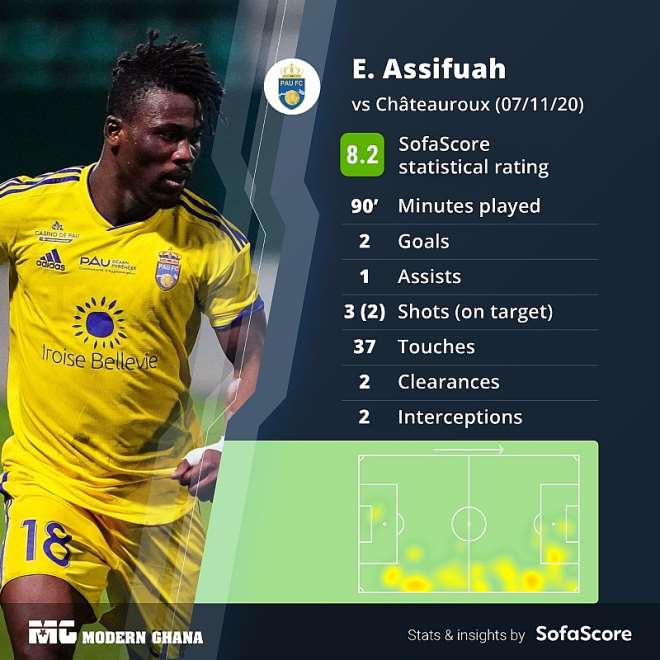