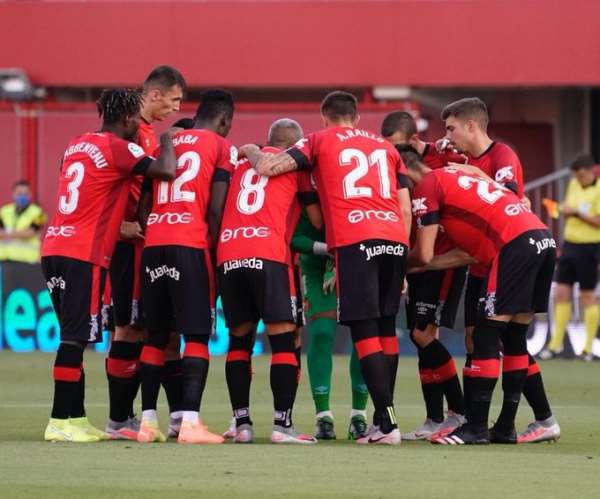 Ghana international Baba Idrissu displayed a fine form for his RCD Mallorca this evening to help the side whip Celta Vigo 5-1 at home in the Spanish La Liga.

The versatile defensive midfielder who can also play as a center-back earned a starting role for his team today as they faced off with the Sky Blue side in a Matchday 32 fixture.

Baba Idrissu impressed as he contributed immensely to his team’s big win today.

RCD Mallorca after getting off to a flying start managed to score 3 times before the first half break with Ante Budimir, Juan Hernandez, and Alejandro Pozo getting on the scoresheet.

In the second half, Celta Vigo also came in strong as the side netted a consolation on the 50th minute courtesy a strike from captain Iago Aspas who converted a penalty kick.

The away team could however not take advantage of the momentum with RCD Mallorca adding two more goals to ensure they cruised to a 5-1 win at the end of the 90 minutes.

Ante Budimir scored his second to complete his brace before Salva Sevilla also found the back of the net.

Ghana’s Baba Idrissu lasted the entire duration of the match with his hard work in the middle of the park paying dividends for his team. His compatriot Lumor Agbenyenu enjoyed some minutes but had to be substituted after picking up an injury.

On the other side, defender Joseph Aidoo was also in action for Celta Vigo on the evening.