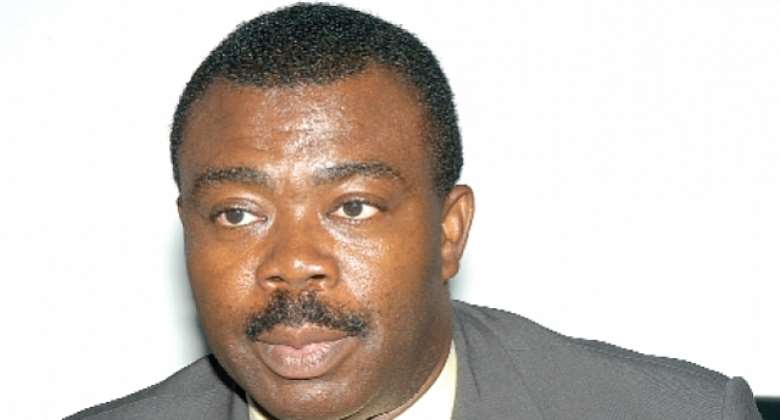 Stephen Asamoah Boateng, popularly called Asabee, was born on 18th of August 1958 to Madam Mary Enchill, a Fante from Eguana abusua of Kormantse and Mr. Stephen Owusu Mensah Asamoah of the Bretuo abusua of Konongo.

His maternal lineage have their ancestry home at Bono Manso and Techiman in Brong-Ahafo from where the Borbor Fante migrated, and also Nkawiekuma and Jukwa of the Denkyiras. Later, part of the family also settled at Dzelukofe and Denu, making the large Agba-Adabla/ Nyaho and Newla families in the Volta Region, and in Osu forming the large Bannerman, Buckle and Randolph Ga families.

His mixed ancestry diverse g coupled with his makes him acceptable to varying Asabee is married to Zuleika Lorwia from the Kanton and Egala family of the Sissala community in Upper West region. He is blessed with seven (7) adorable children.

He obtained his first degree at the University of Ghana, Legon He also holds a Master's degree at Henley Management College Oxfordshire in the United Kingdom.

56 year old Asamoah Boateng had had a successful professional carreer both private and public in Ghana and abroad. He was a Marketing Consultant at the American Medical Systems (AMS ) of Pfizer Pharmaceuticals in UK..Additionally, he was a Business Advisor at Business Link in London, a Housing Officer at the Royal Borough of Kensington and at Chelsea. As a public servant he worked as a store assistant at the Ghana Medical Stores in Kumasi .

Asabee is God-fearing and a grassroot man. He understands and respects organisational work; playing his part as a team member, uniting and building lasting relationships.

He is a strategic thinker and a pragmatist always seeking solutions. He is hardworking, truthful and courageous. He has local, national and international political and business experience. Asabee stands for:

Stephen Asamoah Boateng's political activism started at a tender age of nineteen He has held numerous positions and played various active roles in the political struggle in Ghana. As an Anti-Unigov activist, he became, in 1980, the President of the Madina Students Union and the NUGS Central Committee Secretary for Foreign Affairs from 1981-84 He was a Youth Leader of the Popular Front Party (POYA) and a Special Assistant to S.K. Boafo, M.P. for Asante-Akyem South constituency from 1979 - 1982 Stephen Asamoah Boateng took active role in the demand to return to multiparty democracy during PNDC revolution years that nearly cost him his life.

His commitment and fight to restore the country to democracy caused the military government to declare him a "wanted person" and therefore had to go into political exile in 1984.

In the UK, he also became a member of the Greenford Association of the Conservative Party, working under the leadership of Prime Minister, Rt.Hon. Margaret Thatcher. He was a key member of the 1992 campaign team, together with Tony Gareth, Mark Fullbrook, Andrew Rosindell and Richard Normington that worked for the election of Rt.Hon. John Major as Prime Minister.

He was instrumental in the set up of the Westminster Foundation designed to assist in the training of young democrats in emerging democracies. He was subsequently elected as the Vice-Chairman of the International Young Democrats Union (IYDU) and the Africa Democrats Union (DUA) working closely with Tony Zagota in Jebb Bush's office, Harley Barber, James Erwin and Newt Gingrich of the Republican Party of USA.

LOYALTY TO THE NEW PATRIOTIC PARTY

Stephen Asamoah Boateng is one of the leading young stalwarts of the party since its inception in 1992. Together with colleagues within the Danquah- Dombo-Busia tradition, he formed the New Foundation Club and later United Progress Party International (UPP Int.), becoming its Chairman. The UPP Int. gave substantial assistance in the formation of the Danquah/Busia Clubs that finally became the New Patriotic Party( NPP).

He became NPP first Organiser under the chairmanships of J.H. Mensah, S.K. Boafo and Dr. Agyei Barwuah in UK. Stephen Asamoah Boateng's political astuteness won the NPP the Mfantseman West constituency seat in the Central Region, which before then was a safe seat for the NDC in the 2004 General Elections serving for a four-year term.

Winning this seat was a feat comparable to venturing into a seat in Ketu. He is one of the longest serving Ministers in President Kufuor's administration, first, as a Special Aid to the Chief of Staff, before rising steadily from member of Parliament for Mfantseman West, Deputy Minister and then to a full Cabinet Minister holding three key Ministerial portfolios; Local Government, Rural Development & Environment; Tourism and Diaspora Relations; and Information and National Orientation.

With this rich reservoir of experience both in private life and in Public Service , Hon. Stephen Asamoah Boateng believes that the New Patriotic Party needs a new face other than the usual suspects to be able to capture political power in the 2016 elections.

Following the invitation of nominations from candidates aspiring to bear the flag of the NPP in the 2016 elections, he has picked his forms and will duly file it accordingly.