By Misheck Mutize - The Conversation 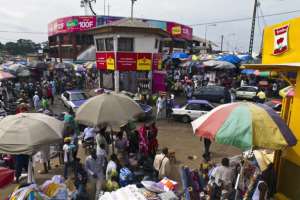 A number of rating agencies have downgraded emerging market economies during the COVID-19 pandemic. Their actions have raised the question: why do so during a crisis?

This is not the first time ratings agencies have adopted a procyclical approach – that is, one in which bad news is simply piled on bad news.

During the 2008 global financial crisis, ratings agencies were accused of aggressively downgrading countries whose economies were already strained. Reports by the European and US Commissions found evidence that their decisions worsened the financial crisis.

Nobel laureate Joseph Stiglitz has also accused rating agencies of aggressively downgrading countries during the 1997 East Asian financial crisis . The downgrades were more than what would be justified by the countries' economic fundamentals. This unduly added to the cost of borrowing and caused the supply of international capital to evaporate.

In addition to the issue of timing, the effectiveness and objectivity of the rating methodology continues to be questioned by policymakers . Their methodological errors in times of crisis , together with the unresolved problem of conflict of interests , leave both issuers and investors vulnerable to losses.

The procyclical nature of ratings needs to be put under check to avoid market panic. The devastating effects they add on economies that are already strained has to be challenged. The coronavirus pandemic is yet another episode to prove this.

These decisions were based on expectations that their fiscal situations would deteriorate and their health systems would be severely strained by the pandemic.

But, in my view, the downgrade decisions reflect monumental bad timing. I would also argue that, in most cases, they were premature and unjustified.

Since international rating agencies have tremendous power to influence market expectations and investors' portfolio allocation decisions, crisis-induced downgrades undermine macroeconomic fundamentals. Once downgraded, like a self-fulfilling prophecy, even countries with strong macroeconomic fundamentals deteriorate to converge with model-predicted ratings. Investors respond by raising the cost of borrowing or by withdrawing their capital, aggravating a crisis situation.

These downgrades deep into junk impose a wave of other problems , worse than COVID-19. They cut sovereign bond value as collateral in central bank funding operations and drive interest rates high. Sovereign bond values are grossly discounted, at the same time escalating the cost of interest repayment instalments, ultimately contributing to a rise in the cost of debt. A wave of corporate downgrades also follows because of the sovereign ceiling concept – a country's rating generally dictates the highest rating assigned to companies within its borders.

In response to the procyclical COVID-19 induced downgrades, African countries need to implement these four measures.

First, to curb the procyclical nature of rating actions that disrupt markets by triggering market panic, the timing of rating announcements needs to be regulated. Regulators of rating agencies such as the Financial Sector Conduct Authority in South Africa have the power to determine the timing of rating. In times of crisis, rating agencies should defer publishing their rating reviews as markets have their way of discounting risk when fundamentals are conspicuously changing.

Second, the rules of disclosure and transparency should be enhanced during rating reviews. Rating methodologies, descriptions of models and key rating assumptions should be disclosed to enable investors to perform their own due diligence to reach their own conclusions.

Third, in collaboration with other market regulatory bodies in the financial markets, transactions that unfairly benefit from crisis-driven price falls should be restricted. This includes short-selling of securities – a market strategy that allows investors to profit from securities when their value goes down.

Lastly, African countries need to develop the capacity for rigorous engagement with rating agencies during rating reviews and appeals. They need to make sure that the agencies have all the information required to make a fair assessment of their rating profiles.

The African Union and its policy organs need to fast track the adoption of its continental policy framework of mechanisms on rating agencies' support for countries. This will assist them to manage the practices of rating agencies.