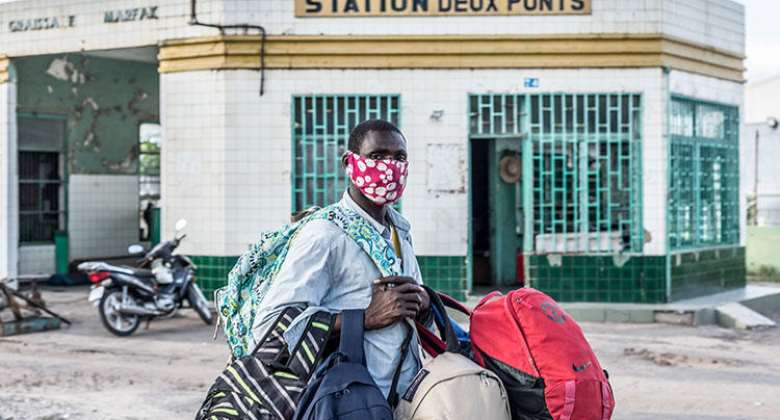 New York, April 27, 2020—Today the group of undersigned organizations called on authorities in Benin to immediately release imprisoned journalist Ignace Sossou on appeal and ensure that he does not continue to face the undue risk of coronavirus exposure in ongoing detention.

Sossou, an investigative journalist with the privately-owned Benin Web TV news site, is scheduled to appear in court tomorrow, April 28, to appeal the 18-month prison sentence he received for his reporting in December 2019, his employer reported this month.

“Journalist Ignace Sossou should never have been arrested, but his ongoing detention amid the coronavirus pandemic makes his release from prison in Benin even more urgent,” said Angela Quintal, CPJ’s Africa program coordinator. “Now is the time for Beninese authorities to put health and safety concerns above politics and ensure that Ignace Sossou does not remain in a jail cell amid the COVID-19 crisis.”

On December 20, 2019, police arrested Sossou at his home in Cotonou, Benin’s largest city, over social media posts quoting Beninese public prosecutor, Mario Mètonou, according to documentation by the undersigned organizations. On December 24, a local court convicted Sossou under Benin’s digital code for the same posts and sentenced him to 18 months in prison and a fine of 200,000 CFA francs (US$337), Benin Web TV reported at the time.

Earlier this month, over 80 organizations wrote to 10 African heads of state, including Benin’s president, Patrice Talon, requesting the release of all journalists in detention for their work in order to mitigate the risks of exposure to the coronavirus. The letter referenced prisoners’ rights to “enjoy the best attainable state of physical and mental health” under the African Charter on Human and Peoples' Rights and imprisoned people’s elevated risk of infection, according to the World Health Organization. Benin confirmed its first COVID-19 case in March, according to Reuters.

In February, Sossou’s lawyers filed a complaint about his ongoing detention with the United Nations’ working group on arbitrary detention, according to a report by the International Consortium of Investigative Journalists.