Where Is The Funding Source For Absorbing Electricity Bills — ACEP 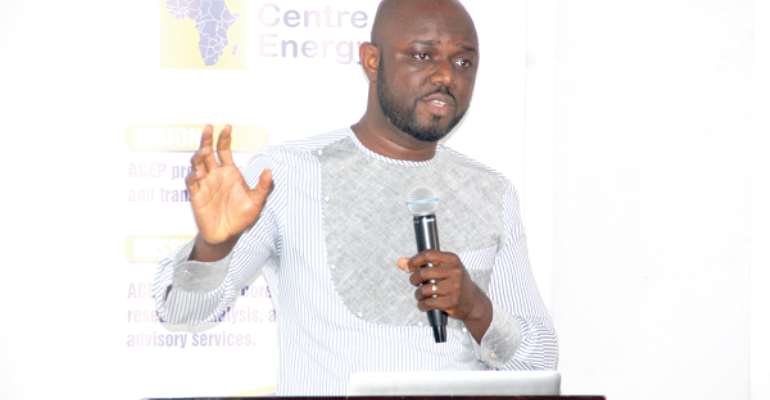 The Africa Centre for Energy Policy (ACEP), has called on the government to clearly spell out how much has been set aside to absorb electricity bills of consumers.

It also asked for further explanation on how that expenditure would be financed.

According to the energy think tank, the country's energy sector is plagued with huge financial challenges and that could deepen the woes of the sector, if due diligence is not done in implementing any interventions.

President Nana Addo Dankwa Akufo-Addo announced in his sixth address to the nation on the Coronavirus disease (COVID-19) pandemic last Thursday that the government would absorb the entire electricity bills of lifeline customers, who consume between zero and 50 kilowatts hours (KWh) of power a month for the next three months.

In addition, the President indicated that residential and commercial consumers of electricity would have 50 per cent of their bills absorbed, using bills of March, this year as the benchmark.

The interventions formed part of measures to mitigate the negative impact of COVID-19 on people and businesses in the country.

Diligence
However, speaking to the Daily Graphic last Friday (April 10), the Executive Director of ACEP, Mr Benjamin Boakye, stressed that the government’s move was likely to worsen the ailing energy sector, especially when the government had not disclosed how it was going to fund that expenditure.

"The reality is that electricity is expensive and the total bills for Ghana every month is about $350 million. If the government is taking 50 per cent of this amount, it translates into close to GH¢3 billion for three months.

"If the government intends to absorb that cost, it is prudent for all of us to know where that money is coming from because ultimately, the government only spends what we have given it or they borrow," Mr Boakye said.

He added that given that the 2020 budget did not make any provisions for such an expenditure, it was prudent for the government to make known how it would scale the hurdle of resource constraint emanating from missed revenue projections to honour that audacious intervention.

Background
In his fifth update on the COVID-19 on April 5, this year, President Akufo-Addo outlined a number of reliefs for Ghanaians to mitigate the disruption to economic activities and the hardship the outbreak of the disease has imposed on Ghanaians.

Known as the Coronavirus Alleviation Programme (CAP), it is to support the provision of food and water for households; reliefs for health sector workers; and soft loans for micro, small and medium-size businesses to rescue and revitalise industries.

To help finance the interventions, the President charged the Finance Minister to prepare, for approval by Parliament, a CAP with its budget, which was estimated at a minimum of GHȼ1 billion. Although, the slash in electricity tariffs had been on the table, it had not been a strong option as many technocrats, such as some high ranking officials of the Public Utilities Regulatory Commission (PURC), had kicked against it.

Last Wednesday, the Minister of Finance, Mr Ken Ofori-Atta, told Parliament that $219 million (about GH¢1.26 billion) had been transferred from the Ghana Stabilisation Fund into the national kitty for spending as a result of the COVID-19 outbreak.

The government is also seeking $100 million from the World Bank, of which $35 million could be released within a month.

Lifeline
The President also indicated that the government would "fully absorb electricity bills for the poorer of the poor that is for all lifeline consumers that is free electricity for persons who consume zero to 50 KWh a month."

Touching on that waiver, Mr Boakye said there was the need for that intervention to be properly targeted to ensure that it actually catered for the right people.

He said the lifeline should be extended to at least 200KWh to benefit those who really needed that support.

"The poorest of the poor mostly live in compound houses and use the same meter so if the lifeline is 50 KWh, it will benefit private persons who live in their own apartments and use their own meters," Mr Boakye explained.