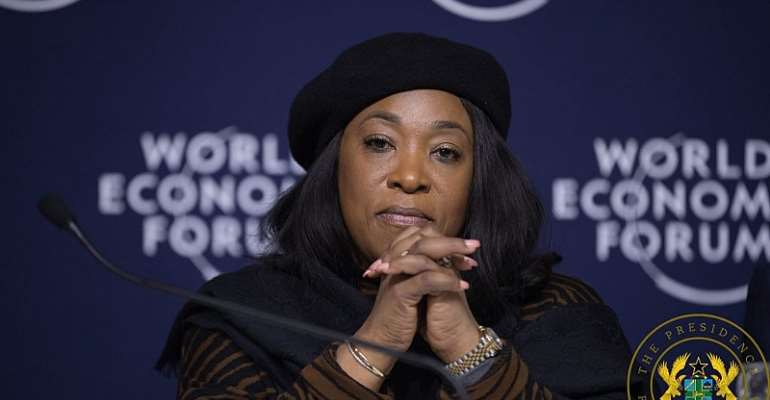 The Ministry of Foreign Affairs and Regional Integration has urged the Chinese government to “speedily and comprehensively” address reports of discrimination against Africans over coronavirus fears.

In a statement, the Ministery said the Chinese government has met with African ambassadors on the matter.

“At that meeting, it was announced that the government of the People’s Republic of China has taken note of happenings and was taking immediate steps to stop the targetting of and ill-treatment meted out to Africans, particularly our compatriots in the Guangdong province.”

In the meantime, the ministry has urged Ghanaian nationals living in China “to remain calm and stay in contact with our mission in Beijing and the consulate general in Guangzhou and share concerns.”

The Ministry earlier described the happenings in China as racial discrimination and summoned the Chinese Ambassador to Ghana, Shi Ting Wang.

Various African ambassadors in China had also written to the country's Foreign Minister to complain about the discrimination.

Last week unfounded rumours in China emerged that African communities were a threat to increase spread of coronavirus in that country.

Some Ghanaians living in the Chinese capital, Beijing were reportedly evicted from their apartments.

There were images from China showing hundreds of Africans homeless in cities like Guangzhou.

After being the global epicentre of the novel coronavirus, China has been able to contain the disease.

Most of its cases are now imported and it now has fewer cases than the US and fewer deaths than Italy and Spain.

It currently has a temporary ban on all foreign visitors in place even if they have visas or residence permits. Find below the full statement 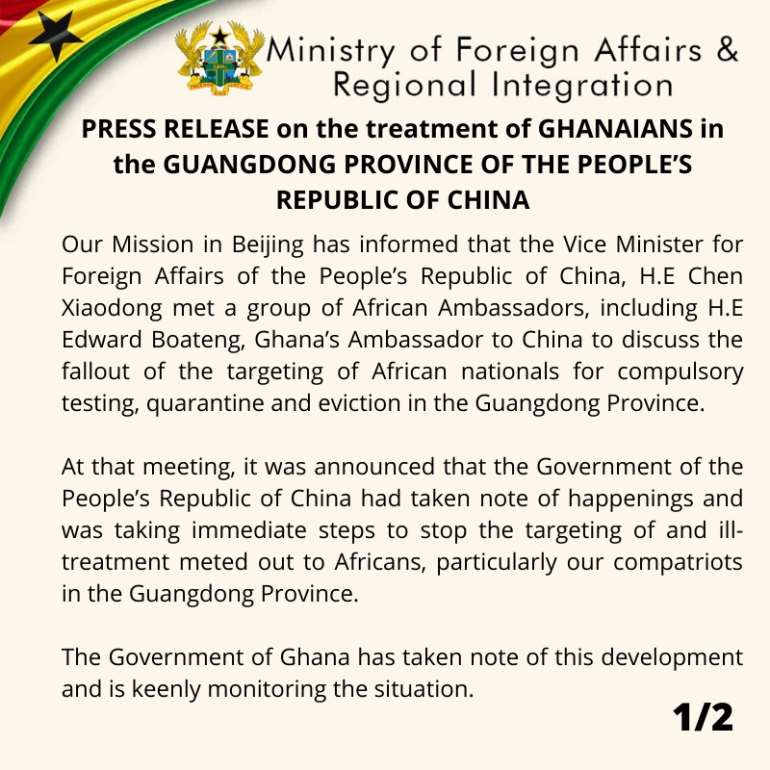 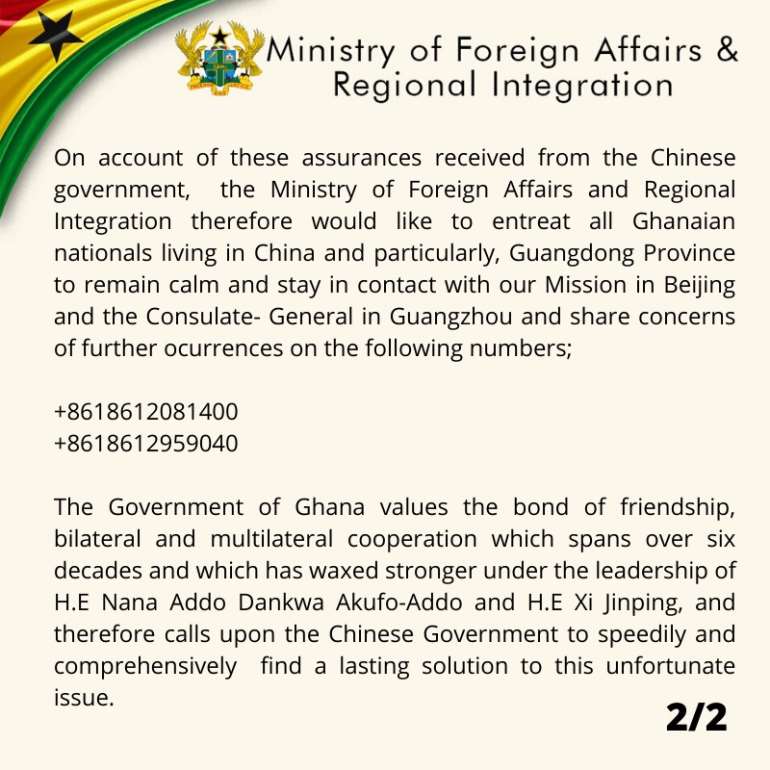