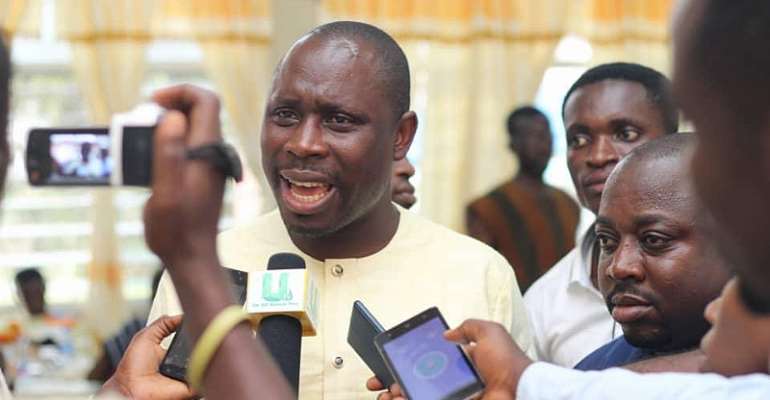 Speaking on Up-Close on Joy News’ AM Business segment", Mr. Amaning emphasized that, the industry is currently dominated by small scale producers who are responsible for the production of about sixty (60) percent of the total palm oil production in the country, which is close to about a hundred and twenty thousand metric tons a year.

Despite the amount of production per year, he expressed worry over the rate of production as compared to countries like Malaysia. According to the Executive Secretary, Ghanaians have really not come to the terms with how luxurious and profitable the palm oil industry could be.

He added that, the palm oil industry, particularly as relates to the scale producers, have over the years been confronted with numerous challenges such as a lack of modern machinery, lack of funding, land tenure issues, and poor marketing structure. These he said, have over the years accounted for the dwindling fortunes of the oil palm industry.

However, Mr. Paul Amaning added that, after the intervention of the efforts of the leadership in curbing the numerous challenges, oil palm production among the small-scale producers is beginning to improve. Explaining to Joy News, he said, “A partnership with the National Food Buffer Stock Company and the subsequent development of a software application has ensured an expansion in the market domain.”

According to the Executive Secretary, the app, called the Artisanal Palm Oil does two wonderful things. “It allows customers to order palm oil from the comfort of their homes and have it delivered to them. The other function of the app is to help customers verify the source of their palm oil with the aid of a QR Code. This he said, was to guard customers from consuming any palm oil containing Sudan IV.

Mr. Paul Amaning in ending submission appealed to government to take into consideration the Palm Oil industry even if it meant putting it on the One District – One Factory’s flagship program. This, he believes, will go a long to contribute immensely to the country’s economic fortunes and as well provide many others with employment.

He further stated that, amidst the present circumstances which has constrained their supply of palm oil to the various Senior High Schools, the association is proposing to government for a partnership to set up about three vegetable oil refineries and small scale soap making systems across the palm oil production zones with funding from the National Board of Small Scale Industries (NBSSI) to augment the importation of these products and to boost local production.

He said, “This will be a sure of way of ensuring that, we cut down the importation of these products since we would have enough supply for our people.”

US revokes licence of top Chinese telecoms company
44 minutes ago