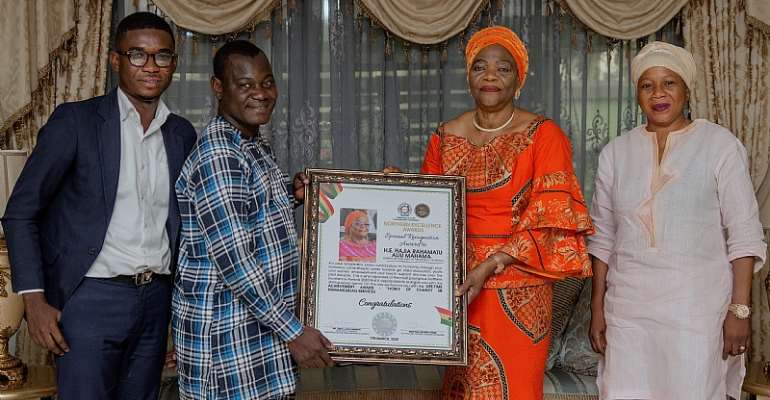 The former Second Lady of the Republic of Ghana, H.E. Hajia Ramatu Aliu Mahama has received a Lifetime Achievement Award, Noble of Charity in Humanitarian Services at this year’s Northern Ghana Excellence Awards.

NExA is a special initiative put together by the Celebrities Charity Development Foundation in collaboration with Ghana Tourism Award winners; Smile Multimedia Agency and Partners to annually recognize and honor distinguished personalities who are positively contributing to the development of Northern Ghana and beyond.

The wife of the Late Vice President, Alhaji Aliu Mahama was recognised for her remarkable social contributions to humanity; through her numerous philanthropic works towards children, youth and women empowerment, health support services among others.

Hajia Ramatu was an educationist in Tamale who dedicated her time to the empowerment of children and the marginalized in the society. Her love and care for her pupils earned her the coveted title “Mma Ramatu”.

During the tenure of the late vice president, his house was the home of many young people due to her commitment to the development, wellbeing, and welfare of the teeming young people in the community

The Former Second Lady also founded a school in Tamale called ‘Rama Foundation International School’, where a lot of marginalised children benefit from some part and full scholarships.

Receiving the award from the organizers of the scheme, H.E. Hajia Ramatu expressed her profound appreciation to the team for having recognised her efforts in improving the lives of children, women, the vulnerable and Persons Living with Disability.

According to her, the award comes at a time she supports people in her own little way without noise since it’s her passion to support the marginalised. She recounted how she had always run to the support of the needy during festive seasons. 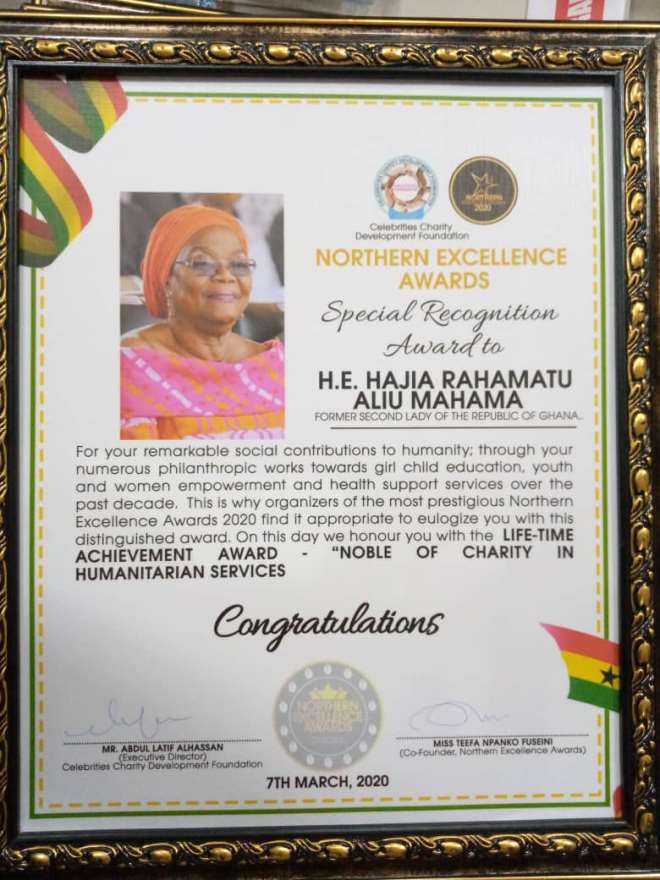