Christian Spirituality And The “COVID-19-Induced” Ban On Religious Gatherings 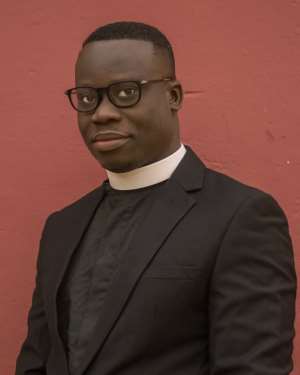 The ban on social gathering (such as sporting activities, funerals, religious services and the like) in Ghana following the outbreak of COVID-19 in the country and the world at large has raised a lot of concerns expressed through all kinds of media. Many Christians are asking how the society is going to be, now that church services are not going to be held for (at least) the next four Sundays. Others are asking: “How can we worship God without going to the chapel?” This question is similar to the question that some Jews asked while in exile, “How can we sing the Lord’s song in a foreign land?” Just as the Israelites thought they could not serve God in a strange land without the Temple and the sacrificial system of worship, so many Christians of the present day are contemplating how they can serve God without attending church for the next few weeks. This paper examines the issue briefly and draws lessons for the COVID-19 and post-CODVID19 Christian Church.

The ban on social gathering in Ghana

I would not like to bore readers with stuff concerning Ghanaian situation on COVID-19 and the world since its outbreak in the latter part of 2019. Enough is known about the issue through all sorts of media. Till this time, Ghana has recorded six imported cases of COVID-19. As a precautionary measure, the government of the Republic of Ghana addressed the nation on Sunday 15th March, 2020 and (in his speech) placed a ban on all public gatherings including conferences, workshops, funerals, festivals, political rallies, sporting events and religious events such as services in churches and mosques for the next four weeks. In addition, all Universities, Senior High Schools and basic schools (both private and public) are to be closed down from Monday, 16th of March, 2020 till further notice. The president’s announcement has been met with mixed reactions. While many religious leaders have accepted the ban, there are others (that is, those who think they are more “Catholic than the Pope”) who are also arguing that religious gatherings cannot be banned legitimately if businesses (clubs, supermarkets, cinemas etc.) are not closed. I have read communiqué from various historic mainline churches and Penteco-Charismatic churches in Ghana pledging their support for the implementation of the government’s decision. Yet, there are few religious leaders and followers who feel that “Standing up for Jesus” (in this case) means opposing the ban on church gatherings. The purpose of this paper is not to assess any of these positions (though personally I have no problem with the ban) but to outline few lessons the church can learn from the present situation.

The present situation brings to mind the challenge Jews faced when they were exiled in Babylon. Historically, the Jews experienced a number of major exiles. The northern kingdom went into exile in 722 BCE at the hands of the Assyria. The exiled people were deported and scattered within the Assyrian Empire. The southern kingdom also went into exile at the hands of Babylon in 586 BCE, after the Temple was sacked and burned by the Babylonians. The Old Testament System of Judaism was centered on the Temple at Jerusalem and the rituals performed in it. Judaism without a Temple to serve as the center of teaching and study was unimaginable. For these Jewish communities, living in exile posed a crisis. As the psalmist most poignantly articulated, “How could we sing the LORD’s song in a foreign land?” (Psalm 137:4). Obviously, living outside the Promised Land, without the Temple was a big blow to the Jews and the religion. They could not imagine how they could serve God without the Temple and without their regular sacrifices. The absence of the Jerusalem Temple resulted in a dramatic change in Judaism. Rabbinic Judaism built upon Jewish tradition while adjusting to new realities. The emphasis on the Temple could not continue because there was no such Temple for the Jews in exile. Therefore, the people considered themselves spiritually separated from God while they were in exile. After some time of serious reflections, the Jewish exiles developed new ways of forming a community and worshipping Yahweh. The new kind of Judaism emphasized teaching and learning of the Law, not sacrifices. That way a way they managed the predicament

Lessons for the COVID-19 and Post-COVID-19 Church

A number of lessons can be deduced from the present crisis. First of all, the Christians need to abide by the state and church directive. It is true that God can miraculously heal our land. However, until he does so one has to take every precautionary measure made available through the health ministry. The education given to us is from God; it is God who has given them knowledge and so God does not oppose their directives. As citizens of the nation we need to comply with laws of the state as long as such laws do not go contrary to God’s laws. In the case of the present crisis, it is biblically and theologically unsound for mass gatherings to be held in the name of “faith”.

Secondly, there is the need to intensify family devotions. The ban on church gathering is not a ban on private devotions. All Christians need to intensify their private devotional lives with God. The church exists to nurture believers so that they can mature and commune with God on personal basis. Unfortunately, some churches have not helped their members in this regard. There are churches today in which only the founder preaches. In these churches members are fed with the word of God based on the understanding of the pastor, without the leader making any conscious efforts to help members grow in the faith themselves and then feed themselves with the word of God. The pastor is the only person who is able to pray to God and so he is sometimes contracted to fast and pray on people’s behalf. The present situation is a test for the maturity level of the various congregations we have today. Church leaders should reflect soberly on these questions: Will my members be able to feed themselves with God’s word and live right as long as the ban remains? Will my church members be able to pray on their own and have results without me?

The lesson for the Christian community is that in the post-COVID-19 church should gear efforts towards making true disciples of Christ rather than concentrating on the number of members we have. If the ban on church services for four weeks is going to have a massive impact on the spirituality of the church, then I believe that the church needs to reconsider her disciple-making process. It also means that those who are invalids (not able to come to church due to sicknesses and old age) will then not be able to serve God at all because these are people who have stayed home for so many years without attending church services. How do we expect them to grow if they are not equipped for such growth? The church must learn from what is happening and equip members to stand on their own in times like this. All members of the Christian community should take their person Bible Study seriously and then deduce lessons from the Bible for the everyday life situations. This is the time to intensify the “Bible Class System” where small groups like one family meet to study the Bible.

Thirdly, there is the need to intensify use of social media. As a matter of fact, discipleship needs more than our weekly services. One cannot expect that a 2-hour service each week (together with say 2 hours of other meetings such as organizational meetings and morning devotions in the church) alone can fill people’s spiritual tanks for the other 164 hours in the week. Discipleship means being in people’s lives beyond the weekly service and special events. Social media provides this platform as it allows the church to encourage members in their faith while they are sitting on their couch in their pajama’s eating breakfast. The times in which we now require the use of social media to reach our congregation. Social media allows us to reach outside our church. Churches with online platforms can use them to reach their members and deliver the word of God to them. I cannot, however, imagine the efficacy of online Eucharist.

In conclusion, the present paper urges all people to observe health precautionary measures. The lessons, given in this paper, when taken seriously will go a long way to enhance Christian spirituality in an era like this. This is the time that personal and family spirituality can be developed very well. Christianity is expressed through daily life. Not going to church does not mean one should live anyhow. We should live by the word we know from the beginning of our Christian life. Remember there is no ban on the expression of faith. There is no ban on prayer; we need to seek God’s intervention in this crisis. Finally, let everyone know that true Christian spirituality is not contrary to banning religious gatherings with the intention of preventing the spread of a communicable disease.