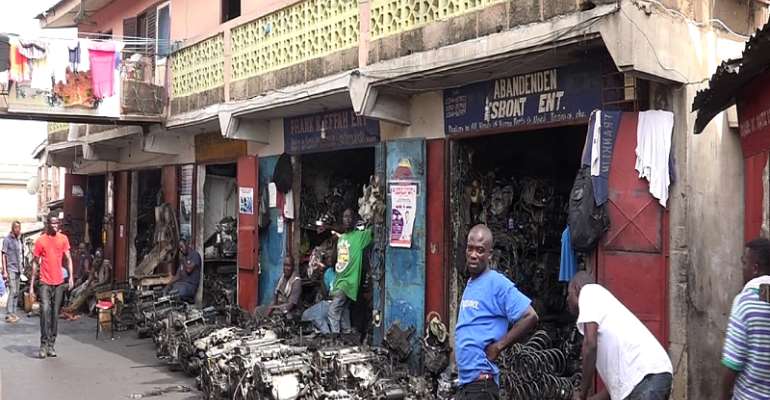 Spare parts dealers at Abosey Okai have expressed fears they will run out of stock if the spread of the novel Coronavirus continues.

According to Clement Boateng, the National Organiser of the Ghana Union of Traders, most of the spare parts and other import products used in Ghana are brought in from China hence the fears.

“Everything is running out of stock and if God does not step in, things will get out of hands. This is likely going to lead to price increases,” he told Francis Abban on the Morning Starr Tuesday.

He said traders are now contemplating other routes to import their goods since the virus outbreak in China does not appear to be easing down. He also backed the claim that the stability of the local currency is partly attributable to the outbreak of the disease.

Meanwhile, Stocks around the world have fallen for a fifth day amid growing concern about the coronavirus outbreak.

In London the FTSE 100 index of the largest, typically multi-national, firms fell 1.1% in early trading, mirroring similar falls on other European markets.

It comes as big firms warn they could see sharp losses as the virus spreads.

Share markets have faced days of turmoil, with the FTSE 100 hitting a 12-month low on Tuesday and the main US indexes losing more than 3% overnight.

Investors have instead been fleeing to safe-haven assets such as gold, the price of which hit $1,650 per ounce on Wednesday – close to the seven-year highs seen earlier this week.