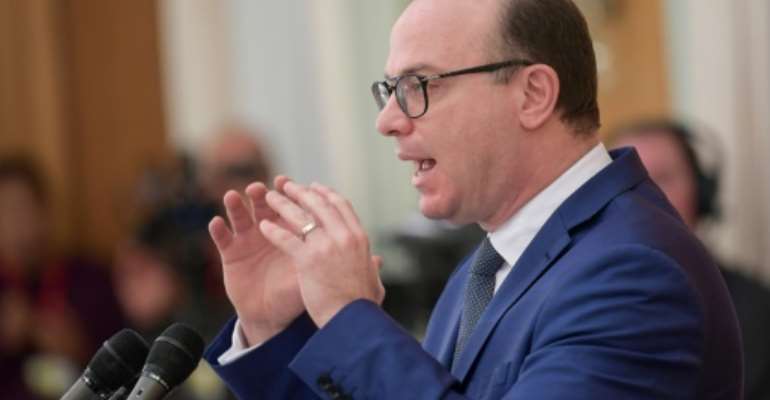 Tunisian Prime Minister Elyes Fakhfakh, pictured in January 2020, was tasked by the country's president with forming a government. By FETHI BELAID (AFP/File)

Tunisian Prime Minister Elyes Fakhfakh on Saturday formed a new government but it immediately hit major hurdles after members of the key Islamist-inspired Ennahdha party pulled out of the lineup.

Fakhfakh, a former finance minister, was tasked by Tunisia's president with forming a government after a previous list proposed under the leadership of Ennahdha was rejected by parliament following October legislative elections.

Several of the ministers chosen by Fakhfakh to join the cabinet are from the ranks of the Islamist-inspired party.

But even before he officially announced the lineup, Ennahdha said it was pulling out of the government.

"Ennahdha's decision places us in a difficult position," Fakhfakh said.

He said he had agreed with the president to search for a solution through legal and constitutional means, implying that his lineup could be modified.

The Islamist-inspired party is demanding a national unity government that would include Qalb Tounes, the party of television boss and defeated presidential candidate Nabil Karoui, which is the second biggest in parliament with 38 seats.

"Ennahdha has decided not to take part in the government or in a vote of confidence," senior party member Abdelkarim Harouni told AFP on Saturday.

Fakhfakh became involved in politics after Tunisia's 2011 revolution, joining the Ettakatol party, which had allied with Ennahdha.

He was named minister of tourism in 2011 before serving as minister of finance from December 2012 until January 2014.

In addition to its political crisis, Tunisia is struggling to meet the expectations of its population, while an assistance package started by the International Monetary Fund in 2016 ends in April.

If there is no government in place by March 15, Tunisian President Kais Saied could dissolve parliament and call fresh elections.