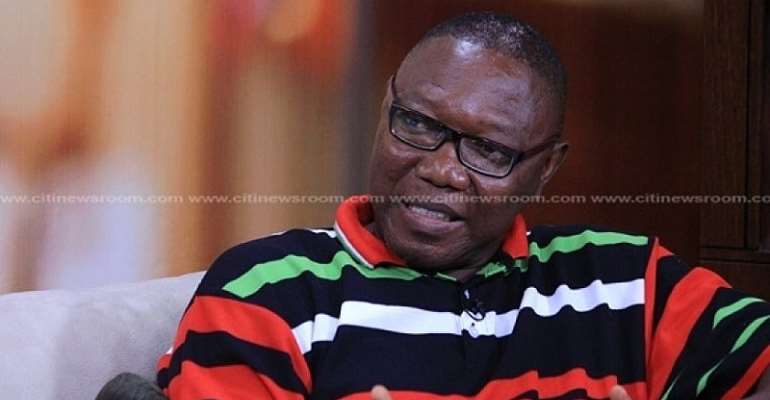 The Member of Parliament for Builsa South Constituency, Clement Apaak has downplayed a report by the committee set up to probe allegations that government officials are not complicit in the illegal felling of rosewood.

The report which was released by the Ministry of Lands and Natural Resources indicated that the committee “did not have adequate evidence to establish corruption cases against any official of the government.”

Mr. Apaak on Eyewitness News, however, dismissed these findings, saying the committee was only set up to shield government officials complicit in the illegal trade.

“It is clear that my fears have been borne out. No one seems to be held accountable although the EIA report made specific references to certain personalities and entities that the EIA through its investigations concluded were complicit both in allowing and supporting the illegal Rosewood trade.

“If you look at the composition of the committee, the members are largely drawn from the same entities that were said to be complicit so I did not expect that they will indict themselves. The committee was set up as an effort to cover up and that is exactly what I am hearing.”

Mr. Apaak said he, however, believes the Special Prosecutor whom he had petitioned will expose officials complicit in the illegal trade.

“While it is good that the report is out, my faith still lies with the office of the Special Prosecutor whom I have petitioned.

“Given his mandate and given the seriousness, he has attached to the petition I have filed, I have faith that his work will truly allow us to get to the bottom and expose and hold accountable those officials at the Forestry Commission. Those officials at the Ministry of Lands and Natural Resources and indeed those NPP party officials whom the EIA report has said are complicit in this illegal trade.”

The investigative committee was commissioned after the US-based Environmental Investigation Agency's (EIA) said the government was failing to clamp down on illegal rosewood export despite the ban on the commodity.

The committee was tasked to investigate allegations of corruption as reported in the EIA's publication , examine all anomalies with respect to rosewood salvage permit, transportation and export trade and make recommendations for appropriate action to be taken to halt the flouting of the law.

It was headed by a Deputy Minister of Lands and Natural Resources, Benito Owusu-Bio.

The release of the highlights of the report comes after Dr. Apaak, accused the government of trying to cover up corruption in the enforcement of the ban on rosewood.

The MP had claimed that the investigative committee already “consists of the same group of people who have allegedly been involved in the illegal trade.”

Dr. Apaak had further said the Special Prosecution's investigation into the matter will be more credible.

“That independent investigation will rather provide us with a clear picture of exactly what has been happening and will most likely indict the real NPP kingpins and senior forestry commission officials who have been involved in this trade.”