Lassa fever: why there's a call to declare a health emergency in Nigeria

By Doyin Odubanjo - The Conversation 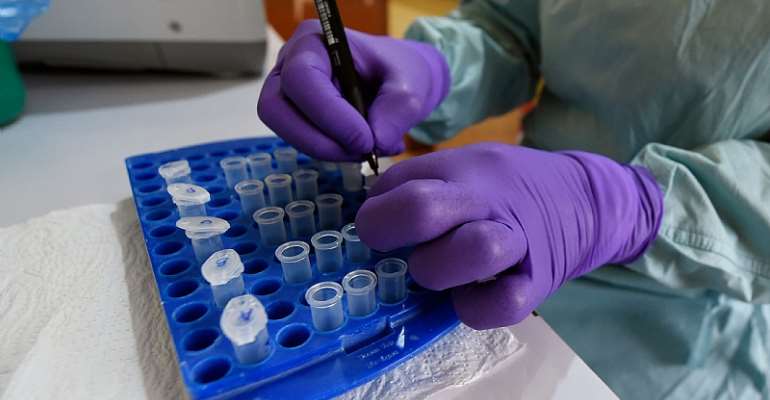 Alarmed by a rapid spread of Lassa fever, the Nigerian Academy of Science is calling on government to declare a health emergency. - Source: Pius Utomi Ekpei/AFP via Getty Images

The Nigerian Academy of Science has called for the current outbreak of Lassa fever in Africa's most populous nation to be declared a national health emergency because of its severity. Adejuwon Soyinka asked Dr Doyin Odubanjo to unpack the background.

How serious is the current Lassa fever outbreak in Nigeria?

It is serious enough given the worsening trend. It has spread from just two states when it was first diagnosed in 1969 to 23 states in 2019. The situation has increasingly got worse over the years. In 2018, the Nigerian Centre for Disease Control reported the largest ever number of cases in Nigeria, with over 600 confirmed cases and over 170 deaths.

Outbreaks have historically occurred during the dry season – November to April. But in recent years there have also been cases during the rainy season. Fatality rates are also unacceptably high. Over the last few years they have remained between 20% and 25%. This is particularly bad given that there is an effective treatment for the disease if it's detected early and patients are presented at the hospital.

How do people get infected and why has it been persistent?

Lassa fever is a viral haemorrhagic disease caused by the Lassa virus which naturally infects the widely distributed house rat. It's transmitted through the urine and droppings of infected rats found in most tropical and subtropical countries in Africa. They are able to contaminate anything they come in contact with. The Lassa virus spreads through human to human contact with tissue, blood, body fluids, secretions or excretions. This includes coughing, sneezing, kissing, sexual intercourse and breastfeeding. In hospitals the disease is spread through contaminated equipment.

People become ill six to 21 days after they are infected. A fever is usually the first symptom followed by headaches and coughing, nausea and vomiting, diarrhoea, mouth ulcers and swollen lymph glands. Some patients also complain of muscle, abdomen and chest pains. And later, patients' necks and faces swell and they bleed from their orifices and into their internal organs. Lassa fever can be fatal, but it can be treated if diagnosed early.

A drug does exist for the treatment of the disease. But its efficacy is affected by the fact that Nigeria has inefficient laboratory diagnosis and patients are admitted late to hospital.

The spread of the disease throughout the country may also have resulted from increased contact between humans and rodents. This has happened as populations of rodents have grown, encouraged by a pervasively poor environmental sanitation.

Another factor is that inadequate attention has been paid to the disease. This has led to poor funding for research into drugs, including vaccination, and compounded by a weak disease surveillance and response system and a relatively weak health system.

What needs to be done? To successfully turn the tide, governments at state and federal level need to mount an extensive and sustained public Lassa fever prevention and control awareness programme.

States of the federation also need to establish functional isolation wards for the treatment of Lassa fever patients.

It is also important to set up a mechanism for improving environmental sanitation in a sustained way throughout the country to reduce rodent population as well as rodent – human contact.

Funds should also be provided for research into finding new drugs for Lassa fever treatment and the development of a Lassa fever vaccine.

What difference would a public health emergency make?

A recent, and good example, of the difference this can make was the announcement of a public health emergency in 2014 to tackle the Ebola virus outbreak.

The announcement led to an emergency mode being activated with the attendant political will and funding which ultimately stopped the spread of the disease within 93 days.

This is why the Nigerian Academy of Science is calling for more action. In particular, we are recommending that an interdisciplinary committee be set up comprising medical and veterinary specialists, epidemiologists, social scientists, media practitioners, community representatives. This would be along the lines of an approach known as One Health. This is rooted in the understanding that human health is affected by interactions between people, the environment and animals.

Equally important is the need for the government to enhance the capacity of the national laboratory network for reliable and efficient diagnosis of suspected cases. This is because only about 20% of suspected Lassa fever cases are usually diagnosed.

Government should also provide adequate funds for a sensitive disease surveillance and response system. This is a system that ensures disease outbreaks (not just Lassa fever) are quickly noticed, diagnosed, and appropriate responses or containment measures are started in the shortest possible time.

Doyin Odubanjo does not work for, consult, own shares in or receive funding from any company or organisation that would benefit from this article, and has disclosed no relevant affiliations beyond their academic appointment.