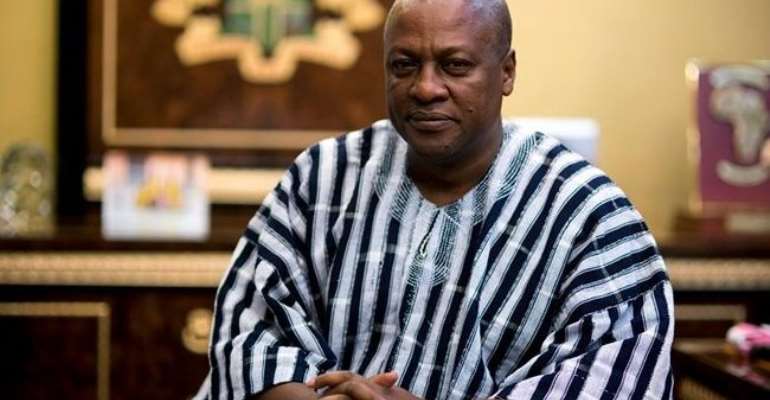 The Airbus bribery scandal is the latest in a long litany of corruption scandals that has surrounded our flagbearer and candidate for the forthcoming 2020 presidential elections.

Frankly, the miasma of corruption, graft, venality and impropriety that seems to follow John Mahama, renders him an unfit candidate to run on an NDC ticket. We have had enough. The scandals in which he has been implicated, from his time as Vice President to his time as President, making him a liability. The latest revelations only serve to underline his unsuitability and his continued candidature as our flagbearer will adversely affect our fortunes in the 2020 general elections.

In 2016, it was revealed that four years earlier, as Vice President, he accepted a gift of a Ford Expedition from a construction firm bidding for a road contract. Under his watch, whilst president, a government quango, the Savannah Accelerated Development Authority (SADA), has revealed nothing but a hotbed of corruption, plagued by mismanagement and misappropriation of funds running into millions of dollars. Added to these sordid chapters is the scandal of the rebranding of the Metro Mass Transit buses, where the contract was awarded to one of the erstwhile president’s cronies. Eventually, due to persistent pressure by the Ghanaian people and civil society, the company was compelled to refund about 3 million dollars of the money.

One would think that this history of impropriety, either directly or by implication, would have prevented John Mahama from running on our ticket in the 2016 elections, even as an incumbent. Arguably, his charge sheet should have raised the unprecedented spectre of impeachment. For such a drastic step was warranted.

We lost the 2016 election, and given the mud that had stuck to Mahama, it is not surprising. He was damaged goods and it was an insult to the intelligence of the Ghanaian electorate to expect them to elect a candidate whose presidency was plagued with questions concerning his integrity.

The Airbus scandal is only the latest chapter in an unedifying story charting Mahama’s life in high office. If one carefully analyses the facts of this scandal, John Mahama is directly implicated. It would be absolute folly for him to remain as our presidential candidate whilst he has this black cloud hanging over his head. Continuing with such an evident liability will only result in another electoral defeat, which we simply cannot afford. We would be absolutely stark, raving mad to continue with a Mahama candidacy, a candidate with so much corrupt baggage that it renders him absolutely unmarketable and ultimately unelectable. Not only would we be doomed to certain defeat, we would be in danger of banishment to the electoral wilderness. Ghana cannot afford this.

If we wish to avoid perpetual NPP governance, and perennial NDC opposition, we must dump Mahama – with speed and alacrity. He is not fit to lead our party, let alone our country.