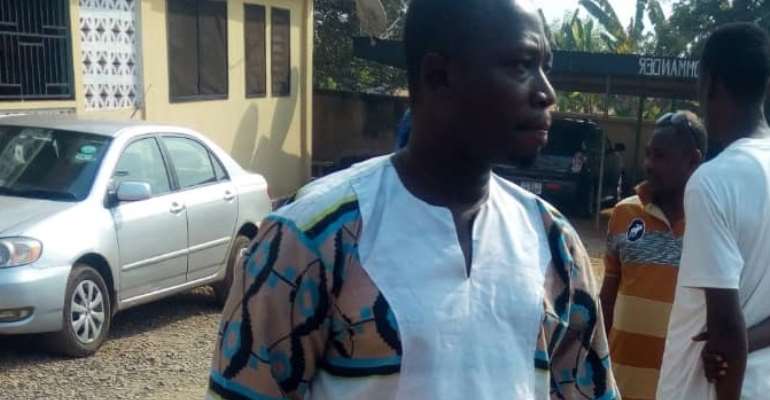 A 41-year-old man has been jailed 32 months in hard labour by a Circuit Court in the Ahafo Region for producing and selling fake agrochemicals to cocoa farmers.

Kwabena Ofori Agyemang, who has been selling the fake chemical called 'A1-Confidence Insecticide' in the Ahafo and Western North regions pleaded guilty to the court in Goaso presided over by Charles Acheampong.

Prosecuting, Chief Inspector Daniel Tawiah told the court that Kwabena Ofori was using a toxic material called lamda which he mixed with colour and water and labelled it as 'Al-Confidence Insecticide'.

He then sold it to cocoa farmers for GH¢170, adding that farmers at Mim, Ayomso, Sefwi and in Goaso fell prey to his scam.

He said Kwasi Boama Adomako, the Commercial Director of New Okaff Industries Limited, producers of the original A1-Confidence Insecticide for Ghana Cocoa Board, reported to police that the company believed somebody was replicating its products because the fake ones were destroying cocoa crops.

That, he said, was as a result several complaints received from cocoa farmers about the inefficacy of their product when used on their farms.

The prosecutor said police investigation led to the arrest of Kwabena Ofori Agyemang from his hideout.

When he was arrested, the police found some labels and bottles branded like the company's product.

The judge ordered that before serving his sentence, the convict should assist the Ghana Police Service and the company to retrieve all the fake products he had sold to farmers.