“Why We Swing For The Fence: Reflecting On The First Two Decades Of Our Foundation” 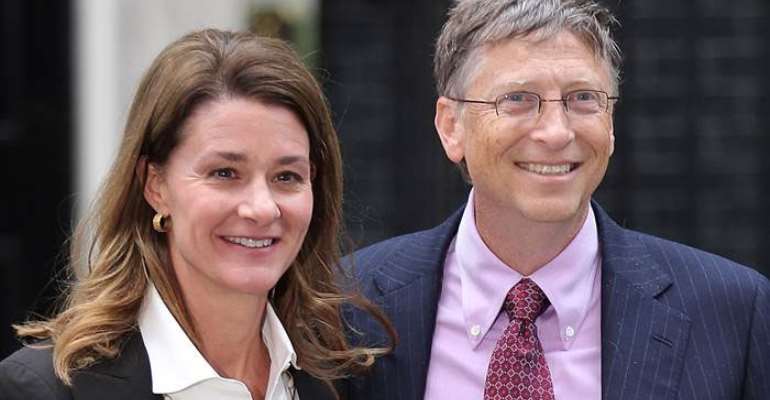 SEATTLE – February 10, 2020 – Today, Bill and Melinda Gates share their 2020 Annual Letter , “Why We Swing for the Fences: Reflecting on the First Two Decades of Our Foundation.”

In this year’s letter, Bill and Melinda reflect on what they’ve learned over the past two decades and how the world – and their work – has changed during that time.

The letter takes inspiration from advice given to them by Warren Buffett: to “swing for the fences” and put the full force of their efforts and resources behind the big bets that have the most potential to save and improve lives.

“At the core of our foundation’s work is the idea that every person deserves the chance to live a healthy and productive life,” writes Bill and Melinda Gates. “Twenty years later, despite how much things have changed, that is still our most important driving principle.”

Bill and Melinda explain why they think the risks they’ve taken in global health and education have set the world up for future progress. They also write about two areas that have emerged as priorities for them – the climate crisis and gender equality – and how they will factor into their work over the next twenty years.

“There is no question that this new decade is beginning at a time of tremendous unrest and uncertainty around the world,” write Bill and Melinda Gates. “But even in a moment as challenging as this one – in fact, especially in a moment like this one – we remain committed to supporting advocates, researchers, government officials, and frontline workers who are making a healthy and productive life possible for more people in more places.”

This includes those who are working tirelessly to respond to the coronavirus outbreak. The Bill & Melinda Gates Foundation on February 5 committed up to $100 million for the global response to improve detection, isolation and treatment efforts; protect at-risk populations in sub-Saharan Africa and South Asia; and accelerate the development of vaccines, drugs and diagnostics. Bill and Melinda are closely following the outbreak and are committed to contributing to the global response to help bring this epidemic under control.

To read the letter in its entirety, visit www.gatesletter.com

Melinda French Gates is a philanthropist, businesswoman, and global advocate for women and girls. As the co-chair of the Bill & Melinda Gates Foundation, Melinda sets the direction and priorities of the world’s largest philanthropy. She is also the founder of Pivotal Ventures, an investment and incubation company working to drive social progress for women and families in the United States, and the author of the bestselling book The Moment of Lift.

Melinda grew up in Dallas, Texas. She received a bachelor’s degree in computer science from Duke University and an MBA from Duke’s Fuqua School. Melinda spent the first decade of her career developing multimedia products at Microsoft before leaving the company to focus on her family and philanthropic work. She lives in Seattle, Washington with her husband, Bill. They have three children, Jenn, Rory, and Phoebe.

Bill Gates is co-chair of the Bill & Melinda Gates Foundation. In 1975, Bill Gates founded Microsoft with Paul Allen and led the company to become the worldwide leader in business and personal software and services. In 2008, Bill transitioned to focus full-time on his foundation’s work to expand opportunity to the world’s most disadvantaged people. Along with co-chair Melinda Gates, he leads the foundation’s development of strategies and sets the overall direction of the organization. In 2010, Bill, Melinda and Warren Buffett founded the Giving Pledge, an effort to encourage the wealthiest families and individuals to publicly commit more than half of their wealth to philanthropic causes and charitable organizations during their lifetime or in their will. In 2015, Bill created Breakthrough Energy Coalition, a group of individuals and entities committed to clean energy innovation, followed by Breakthrough Energy Ventures in 2016, an investor-led fund focused on providing patient capital to support cutting-edge clean energy companies.