Monrovia Business Districts And The Health Hazard It Poses!!!! 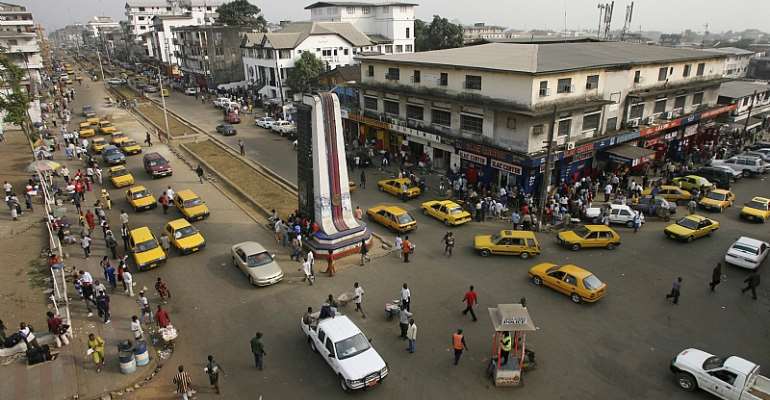 The Capital city of Liberia known as Monrovia which was given birth to by the settlers from the American colonization society (ACS) from the Americas due to the abolition of slavery along the Atlantic coast in the 1800s was not far sighted to know that the Nation’s population would have grown beyond what their selfish motives to an extend that would have embarrassed today’s leadership (Government of Liberia)!

Oral history revealed that the settlers saw it fit to only settle down from the king Zulu bridge crossing over the mesurado river dividing the Providence Island, Bushrod Island, safe way and the rest using that enclave from what is today known as water street up to 1st Street precisely Monrovia city hall area as Monrovia!

Nevertheless, from the time of the settlers in the 1800’s successes regimes failed to improve on the city structure including its sewer systems, electricity and that of the water supply to cover the entire Montserrado County talk less of extending these immunities to rural Montserrado and others Counties!

Let’s them come back to those cardinals issues which prompted this article, that principally had to do with the danger the forgotten sewer system that is causing countless deaths at the waterside market precisely the stretch of road from the old National housing and saving bank (NHA), the Melclin and Rendell streets intersection with water street and the old Guinea trucks parking that host toilets of all kind deposited by marketer’s, visitors to the market and resident of happy corner!

I vividly recalled in my teen, when I used to sell my late mother plantain after school in a plat on this very stretch of road that is today engulf with raw sewer running down the streets with our marketer’s and commuter’s sitting and eating in the midst of viruses that has and continues to cause deaths amongst our people which been attributed to he or she died from witchcraft!

The city government of Monrovia is the biggest surprised ever in the history of Monrovia for forty some years ongoing all of the City Majors/Managers have not put any efforts alongside the Liberia water and sewer system(LWSC) to put a complete stop to these health hazards that continually killing our marketer’s and those visiting the Waterside market!

I feel so disturbed whenever I ride in kehkeh passing right over the raw toilet waters in the Water street area from January to December of every year yet the Nation’s got the relevant authority which are clothed with making sure these health problems solve within no time and trust me these guys salaries are so current despite their deliberately actions that are hurting the Nation (Liberia)!

Regrettably, almost all parts of central Monrovia including major streets sewer systems are oozing out raw toilet rolling down the road in the midst of foods and others commodities sales to the detriments of those sellers who striving to make ends meet!

Moreover, in the so-called business areas precisely the Sinkor belt most of the avenues has serious sewer problems smelling very sting with toilet waters running down these communities and I mean Liberians are so complacent in living in these areas for reasons best known to them!

What’s more intriguing, is that inhabitants in these communities whenever epidemics breaks out and death begin to occurred they often attribute same to the act of witchcraft pointing accusing fingers at perhaps an old lady or men who can hardly afford one square meal a day!

What a Nation that just in 2014, she couldn’t easily combat the Ebola virus except for the helps that came from the Chinese, American and others partners/donor Nations to defeat this deadly virus and yet she has and continues to not learn from all of these visible problems but always pretending to work with public monies pay to them as salaries?

What are more frustrating are seeing officials of government,relevant personalities and senior citizens go through this very route that got these raw human feces rolling the streets and nothing absolutely been done about it despite the continue health related problems these areas poses to the poverty stricken masses that are struggling to make ends meet!

In the face of Coronavirus, that is fast spreading around the world and the cure is far from being discover especially with this damaged sewer system and the respiration is one of the causes from what Doctors are indicating is scaring with Liberians still not adhering to simple information to help curtail these health hazard is worrisome in a hard to learn society such as Liberia!

Is it of any good to the suffering masses in Liberia, when the very people we are advocating for are living and working in these deplorable health conditions with those at the helm of affairs health-wise are only asking for more funding for what they called taking preventive measures that will not help the Nation in the wake of these world epidemic?