By Patricia Hayes - The Conversation 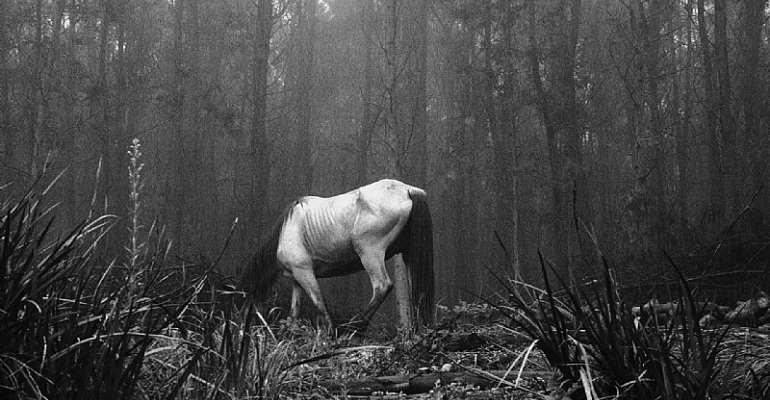 On hearing of the death of the celebrated South African photographer Santu Mofokeng it felt like a great shadow passing over us, the final withdrawal of one who illuminates.

Final, because the man from Soweto who documented the inner and outer landscapes of black life during and after apartheid, had lived like a shadow himself for years as a result of a harrowing degenerative disease, resulting in the loss of speech and most physical capacity, certainly unable to take any more photographs.

Some might take consolation in the thought that shadows were his thing, that he tracked the great frailty of humanity which is the predilection for chasing shadows.

And yet the great, transfiguring beauty of many of his photographs – from the caves at Motouleng (2004 - 2007), or the pale headless horse at the Buddhist retreat (2003), or the ghostly winter scene in Tembisa (1991) – can still hit you like stray bullets. 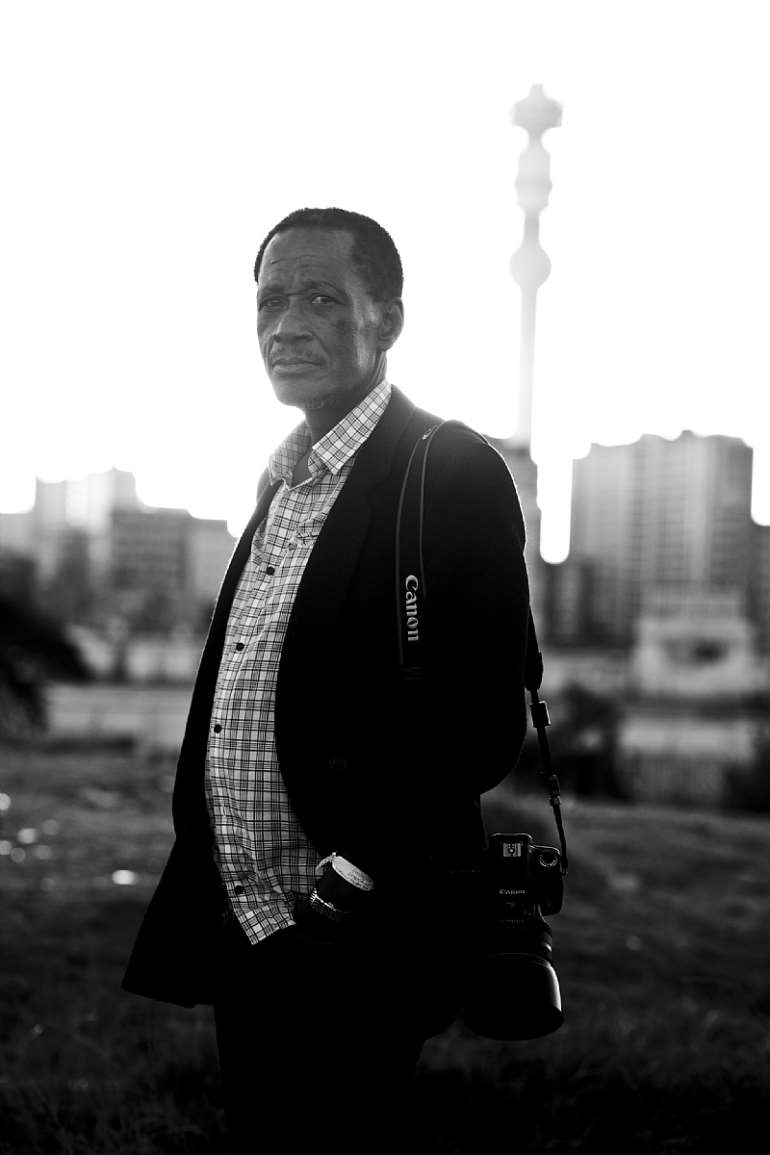 Santu Mofokeng with the Johannesburg skyline behind him at the peak of his internationally celebrated career. ©️ Steve Tanchel

The photographer as thinker

Santu was not just a photographer, he was a thinker in big themes, sculpting allegories, insights and concepts in relation to his images as he did so. As he put it, the rubric was large. Some might call his statements aphorisms, but the idea of a truth contained in a pithy statement was not really part of his vocabulary.

We quoted Santu recently in a book appropriately called Ambivalent: Photography and Visibility in African History, and also in a small teaching video made from audio clips, as he talks about the ambivalence that always informed his work. As he puts it:

I am interested in the ambiguity of things. This comes not from a position of power, but of helplessness.

He found that famous South African photographer David Goldblatt's interest in the existence of things, their 'is-ness' as Goldblatt put it, crystallised his own position: “I'm not like that.” 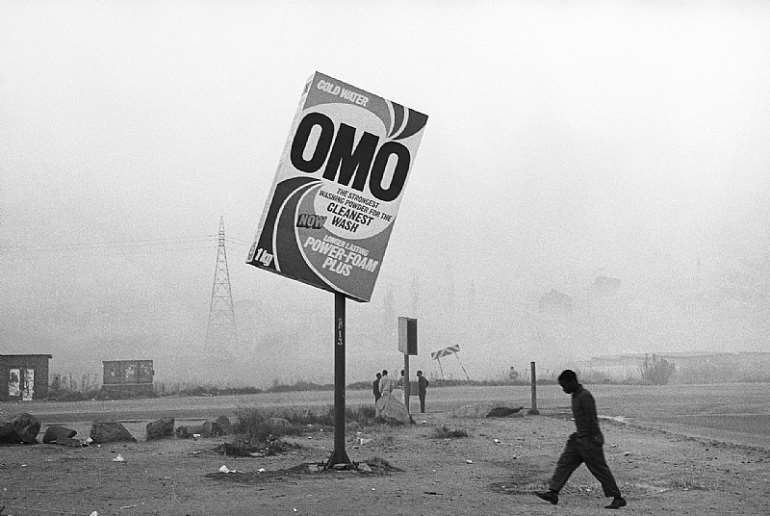 Both these two great photographers stated they were not interested in photographing violence. Santu's reason? It was unnecessary, because “the violence is in the knowing”. Santu himself was in his final year at Morris Isaacson High School in 1976, the school most closely associated with the start of the Soweto uprising.

At the memorial service held after his death at the school on 30 January 2020, I learned that he never talked about what happened at that time. Violence of so many kinds already pressed so firmly down on many South Africans, that it was the zones of miasma in people's minds and around them that interested him as a photographer, as well as their flickering moments of transcendence. 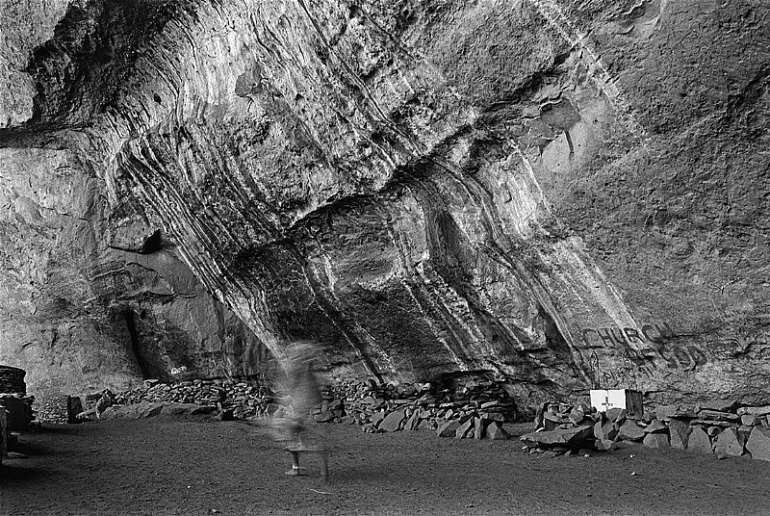 Santu's later work on climate change certainly took on these things: the human state of mind, and the state of the earth. As he moved into his big theme of poisoned landscapes, he shifted from what he termed people's “psychic rupture with the land” to the land's own rupturing with itself.

His photographs pick up on the sediment discharged by histories of mining and abandoned industrial progress, such as acid mine drainage. He draws out the seeping signs of processes happening in and on the earth, often coming from underground, metabolising as toxic, cancerous, or appearing as slow encrustations and eroded rifts.

Much of this work is portentous, ominous, pointing towards the unknown at the threshold of elements, be it water, earth, air or fire. But some photographs present the landscape as completely unfixed, where centrifugal forces have turned things completely upside down. In the photographs of the replacement of sand on Durban's South Beach (2007), the flying gobs look like some planetary constellation or biblical plague and the ground is framed as flying in bits through the sky. 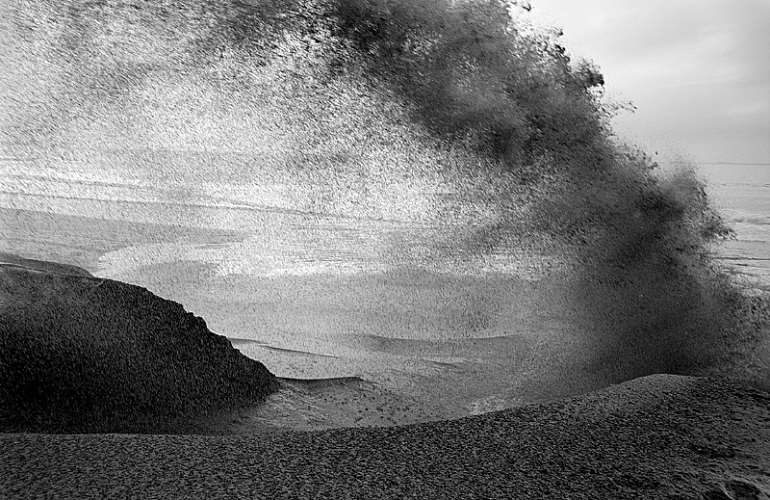 As for people's state of mind around climate change, Santu used to ask the question: how do you photograph anxiety? In fact, “It's always been about not knowing.” While some continents burn and others continue to unfreeze, we should remember that

Pictures lay the ground as to what are the issues.

No South African photographer leaves a more substantial legacy for the country to think with as it encounters the ever more rapidly unfolding dilemmas and catastrophes of climate change.

But Santu never took it for granted that his photographs would be read with the subtlety of his own thought as he contemplated what he had seen.

You make the pictures, you know how they're going to be played out … It's not as if I'm neutral, but I don't allow - I don't want - people to make me think the way they do.

Santu was unseizable. A great shadow, and he has passed. The photographs he made and the things he said should make us go on thinking. We are not done because he is not done. His work remains. 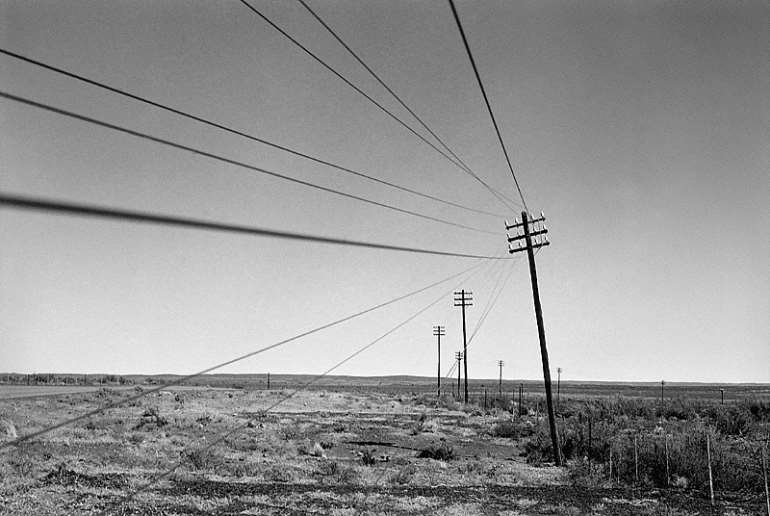 Patricia Hayes does not work for, consult, own shares in or receive funding from any company or organisation that would benefit from this article, and has disclosed no relevant affiliations beyond their academic appointment.

Article
Powered By Modern Ghana
Malaria parasites in Nigeria are genetically diverse: a danger but also a useful tool
Dust in the atmosphere is a sign of trouble in South Africa’s maize fields
Invasive mosquito species could bring more malaria to Africa's urban areas
The colonial enterprise hard-baked violence in Nigeria: how it can be fixed
Where is a Will – there is Brazil Society 2020, despite the Pandemics
Harruna Attah Writes… An MP’s Murder: A Terrifying Wakeup Call
Stop The Attacks On Press Freedom; Akufo-Addo
Why a Zimbabwean farming project failed: lessons for rural innovation
How fracking plans could affect shared water resources in southern Africa
COVID-19 Updates Live Dashboard
TOP STORIES