By Embassy of the United States of America in Ghana 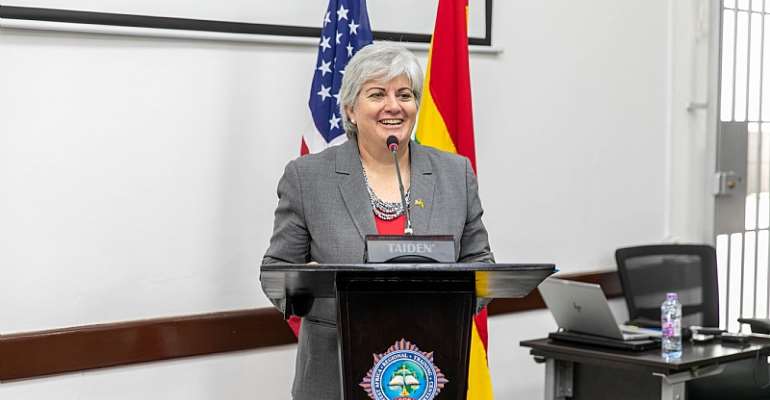 The National Border Fusion Center will serve as an information-sharing hub for border security to facilitate informed, rapid decision-making. This is one of many collaborations under SGI. In her remarks, Assistant Secretary Madison underlined the value of this bilateral effort: “With shared common values, our partnership and cooperation are underpinned by our joint commitment to strengthening democratic institutions and the rule of law.” Assistant Secretary Madison also reaffirmed the U.S. government’s support by announcing an additional $3 million in U.S. foreign assistance funding to continue efforts to improve the capacity of law enforcement, promote the rule of law and the administration of justice, and combat transnational financial crime.

The 6th SGI Steering Committee Meeting took place at the West Africa Regional Training Center in Accra. The senior Ghanaian and U.S. officials emphasized both countries’ commitment to improving security sector governance in Ghana. In his remarks, Ambassador Arietti noted that “Ghana’s long-standing partnership with the United States, coupled with a shared belief in the value of strong security institutions, has enabled a smooth and productive partnership under SGI,” and encouraged the SGI Steering Committee to continue to focus on implementation.

SGI is a partnership between the Government of Ghana and the United States aimed at improving the effectiveness of Ghana’s security sector and enabling the conditions for national prosperity. Under SGI, the United States has provided more than $35 million to strengthen border, maritime, and cyber security, as well as to improve the administration of justice. These efforts have included technical assistance, study visits to the United States and Kenya, trainings and workshops at the strategic and operational levels, and material support.

The visit underscored the U.S. Government’s commitment to partnering with Ghana to strengthen security and justice sector institutions to the benefit and prosperity of the Ghanaian people. 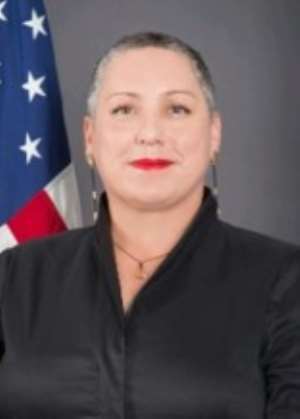 Kirsten D. Madison was sworn in as Assistant Secretary for International Narcotics and Law Enforcement Affairs (INL) on May 11, 2018. As Assistant Secretary, she is responsible for State Department programs combating illicit drugs and organized crime, as well as support for law enforcement and rule of law.

She also served in the legislative branch, including having served as a Senior Professional Staff Member and Deputy Staff Director for the U.S. Senate Committee on Foreign Relations, as well as Legislative Director and international affairs advisor for Representative Porter Goss.

Outside of her time in government, Ms. Madison served as Senior Advisor to the Secretary General of the Organization of American States. She most recently worked at the American Enterprise Institute as Deputy Director for Foreign and Defense Policy Studies.

Ms. Madison holds an M.Sc. from the London School of Economics and a B.A. from Goucher College. 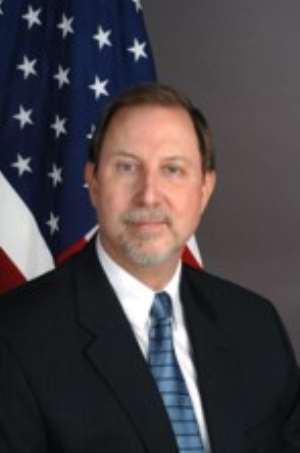 Ambassador Arietti served as the United States of America Ambassador to Rwanda from 2005 to 2008. During that time, he led the U.S. effort to assist Rwanda to strengthen its democracy and its economic and social development, including by improving governance and attracting foreign investment. He also worked to reduce regional tensions and improve Rwanda’s security cooperation with the United States.

Since retiring in 2008, Ambassador Arietti returned to service as Charge d’Affaires in Liberia in 2012 and in The Gambia in 2014.

During his 35-year career in the Department of State, Ambassador Arietti held many positions. He was Director of the Office of West African Affairs and was directly involved in efforts to end Liberia’s civil conflict, including participating in the Accra peace conference. He also worked to strengthen American cooperation with ECOWAS on regional issues.

Ambassador Arietti served as Deputy Permanent Representative at the U.S. Mission to the U.N. in Geneva and as Deputy Chief of Mission in Lusaka, Zambia. He also served at U.S. Embassies in Sweden, Australia and Iran. Within the Department of State, he served as Director of the Office of U.N. Peacekeeping Operations, and as Director of the Human Rights Office. He also held other positions responsible for arms control negotiations and Middle Eastern issues, as well as environmental issues, including the protection and sustainable use of African timber resources. 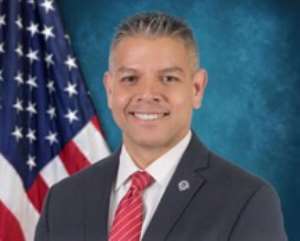 Mr. Moncayo was most recently the Chief of Staff for the DHS Joint Task Force – West, which is responsible for coordinating DHS' border security operations along the Southwest Border. He has more than 22 years of Federal Government service in the areas of operations, intelligence, liaison, training, and management. He began his federal career with the US Border Patrol in February 1996 at Douglas, Arizona.

Throughout his career, Mr. Moncayo has leveraged his operational experience to identify and implement various initiatives in the areas of interagency coordination and collaboration, strategic planning, international engagement, risk quantification and prioritization, and mission integration. Many of these initiatives have gone on to become CBP and DHS best practices. 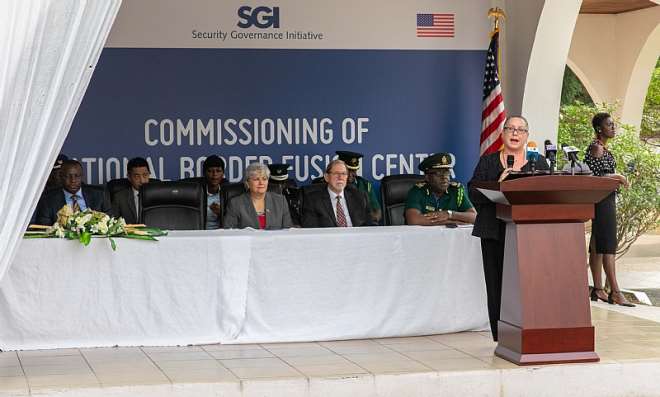 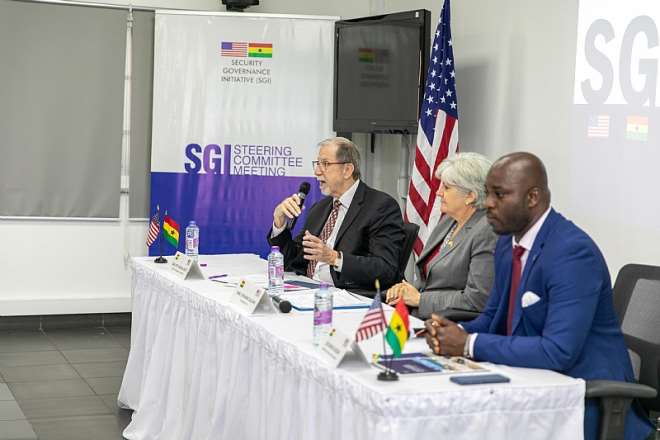 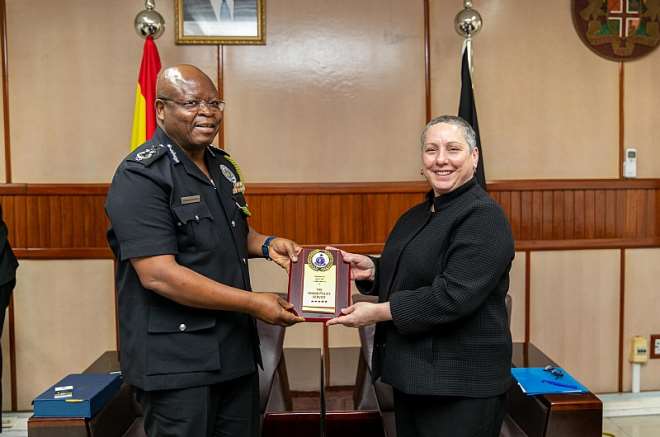 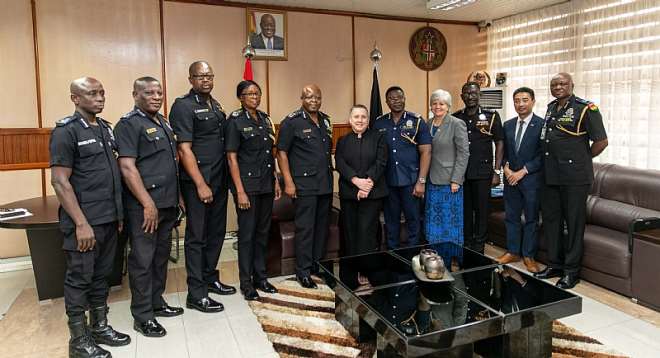 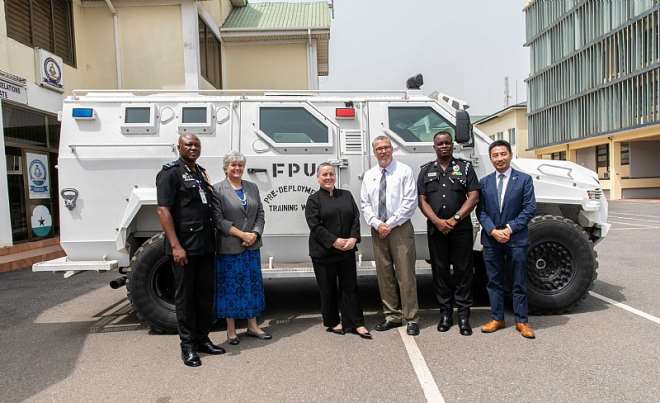