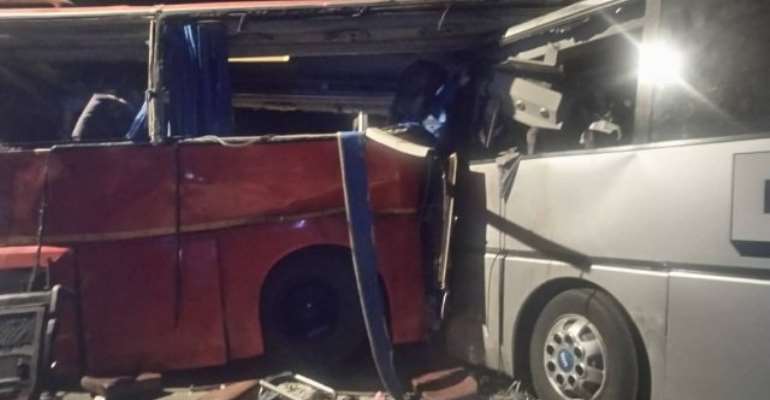 On Monday, January 13th, 2020, Ghanaians woke up to a heart-wrenching road accident at Dompoase on the Cape-coast to Takoradi Highway claiming 34 lives and seriously injuring other passengers. Already, we are informed that provisional estimates suggest an increase in road accidents in 2019 compared to 2018 heightening concerns about this trend.

This particular accident has re-ignited the debate about dealing with road accidents and reckless overtaking was cited as the main cause. Other contributory factors to road accidents in general such as over speeding, carelessness, road unworthy vehicles, alcohol and substance use and failure to adhere to road traffic regulations have been mentioned. In all these discussions over the years, the mental health state of the affected driver (s) has not been linked to road accidents.

We are witnesses to the carelessness that some of these articulator drivers display on our roads particularly when their vehicles are faulty. Instantly, one might be tempted to question their mental health state.

Let’s not forget there was the mention of a long articulator truck stationed in the middle of the road within the accident zone. The implication is that the mental health of our commercial (passenger / freight) drivers as a contributory factor to road accidents is equally important as other factors.

Hence, regulators, enforcers and Unions of the transport industry such as the Driver and Vehicle Licensing Authority (DVLA), Motor Transport and Traffic Directorate (MTTD), National Roads Safety Commission (NRSC) Ghana Private Road Transport Union (GPRTU) and the Progressive Transport Owners' Association (PROTOA) would have to engage with the Mental Health Authority (MHA) to examine what forms of psychological assessment and mental health strategies that can be incorporated into the system.

These engagements have the potential to enhance national awareness of the relationship between mental health and road accidents and to a large extent contribute to efforts at reducing the risk of road accidents. Furthermore, strategies that would be developed from these crucial engagements, when implemented, could provide data to support practice and guide future policy reforms in the transport sector.

That been said, this suggestion underscores the enormous role that the MHA has to play in our national development and for that matter, adequately resourcing them like establishing the mental health levy is very important to achieve their main objectives including supporting the aforementioned organisations.

In the wake of this debate, the lead organization, NRSC has promised renewed efforts at curbing road accidents which includes driver and public sensitization. In my view as a mental health literacy expert, I would suggest to the NRSC to strongly consider collaborating with the MHA to deliver tailored mental health promotion programmes to their targeted group within the commercial road transport unions to ensure safety on our roads.

In essence, Union (GPRTU & PROTOA) leaders/drivers might be empowered with knowledge and skill to be conscious of the need to take care of their mental health for their own safety and that of others. In addition, it might enhance supportive and help-seeking attitudes to those who may be struggling with mental health difficulties without recourse to the stigma attached to mental illness in the country.

Bishop Dag apologises to Otumfuo over 'offensive' sermon
21 minutes ago

There's power in a father's encouragement – Pastor Otabil
21 minutes ago