5 Cops Interdicted Over Assaulting Driver In Ya Na’s Palace 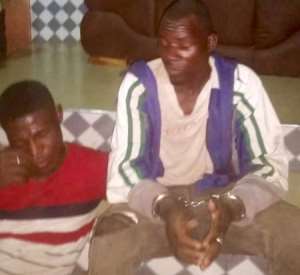 The Police Administration has interdicted five police officers attached to the Northern Regional Police Command for allegedly assaulting a driver at the Gbewaa Palace in Yendi.

The statement said on 16th January 2020, the victim who was driving an articulated truck on the Bimbilla-Yendi road allegedly ignored signals by police officers at the first, second and third checkpoints which prompted the police officers to call the Bimbilla mobile patrol team to assist in arresting the driver.

The team trailed the driver to the Gbewaa Palace where he abandoned the truck and sought refuge at the palace. He was then arrested and assaulted by the interdicted policemen, who injured him in the process.

The statement further said the Police Administration is against unprofessional conducts by officers, and the CID had been directed to institute investigation into the matter.

The police entreated the public to exercise restraint as investigation into the matter continued. They appealed to eyewitnesses to come forward to assist in the investigation.