Ghana's Mining Communities Are Still Not Getting Their Just Dues

By Päivi Lujala - The Conversation 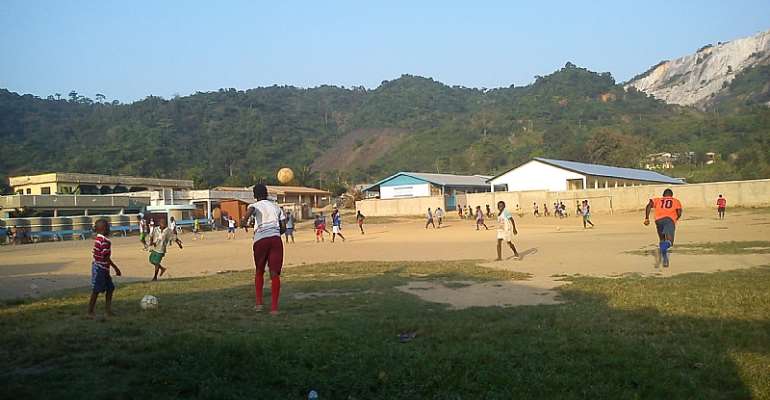 Obuasi in the Ashanti region of Ghana has a long history with mining companies - Source: Wikimedia Commons

Ghana has gold, diamonds, bauxite, manganese, salt, limestone, granite and oil. Its mining and quarrying sector contributes significantly to its economy. It is the second-largest gold producer in Africa after South Africa and the tenth-largest producer in the world.

But mining communities in Ghana are generally poor. Mining imposes socio-economic costs on host communities through land acquisitions, environmental degradation, pollution and a high cost of living. Although the host communities are entitled to different types of compensation and mineral royalty transfers, they are still among the poorest communities in the country. One important reason is the local authorities' capture of mineral royalties transferred back to the mining areas.

In 1993 the government of Ghana established the Minerals Development Fund to, among other things, fund and implement development projects in communities affected by mining. The aim was also to transfer mineral royalties to local authorities. In Ghana, mining companies must pay up to 5% of their total revenues as royalties to the state, and of that, the government transfers 20% to the Minerals Development Fund.

The fund was to keep half of what it received to fund research and development in the mining sector and to transfer the remaining to the Office of the Administrator of Stool Lands. This office is a national institution mandated by Ghana's Constitution and the Stool Lands Act to collect and distribute customary land revenues. The office was to retain 10% of what it received and transfer 20% of what remained to paramount chiefs, 25% to traditional councils and 55% to the district assemblies of the mining company's operation area. The local authorities were supposed to use the mineral royalties to develop mining communities.

Despite the establishment of the Minerals Development Fund, mining communities remained saddled with social, economic and ecological challenges. This was partly because transferred royalties were captured by local elites. And there were issues around prompt payments to the fund, its legal status and its mandate.

To address these issues, and to establish a mining community development scheme, a new law, the Minerals Development Fund Act was passed three years ago. The scheme is to receive 20% of the fund's share (which equals 4% of the total royalties paid by the mining companies to the state, or 0.2% of the mining companies' total revenue). The scheme is to facilitate development in mining-affected communities. In each mining community, a local management committee is to administer the scheme.

Despite its potential, the act has not been able to address the multiple challenges of mining communities. The reasons for this are myriad. But enough time has passed for the weaknesses in the system to be identified. It's time the government took steps to fix these once and for all.

There are five reasons why the act will not drive rapid development in mining communities.

First, it does not stipulate how the share going to paramount chiefs and district assemblies should be spent. This means that the act has not been able to minimise misappropriation of mineral royalties at the local level.

Second, the way the local management committee members are selected disenfranchises local people in the mining communities as people are not allowed to elect their own representatives. This can lead to privileged people being appointed to the committees. It can mean that the voices of the community members are not heard when the committees decide how royalties are spent.

Fourth, the act has no provisions to force the government to transfer mineral royalties in a timely way to the fund. Unsurprisingly, there are still delays in the payment of mineral royalties.

Finally, the act doesn't ensure transparency beyond publishing the amount of disbursements and spending of mineral royalties by the fund in a national newspaper. There is no information available for citizens to know how much their communities should receive through mineral royalty transfers and the new scheme, or how these revenues are spent in their area. It's therefore almost impossible to ensure accountability in how the money is spent.

To address these challenges and ensure rapid development in host communities, the act should be amended in the following ways:

If these recommendations were considered, they would promote participatory development and accountability in mining communities as local people would have a greater say in how mineral royalty transfers were spent in their area.

In addition, there would be more funds to promote alternative livelihoods and sustainable development, address environmental degradation and provide social amenities in mining communities.

This paper was co-authored by John Narh of the Department of Geography, Norwegian University of Science and Technology Trondheim, Norway.

Päivi Lujala receives funding from the Academy of Finland.

By Päivi Lujala, Professor in Human Geography, University of Oulu