What role do assets play in understanding rural poverty?

By Dan Brockington - The Conversation 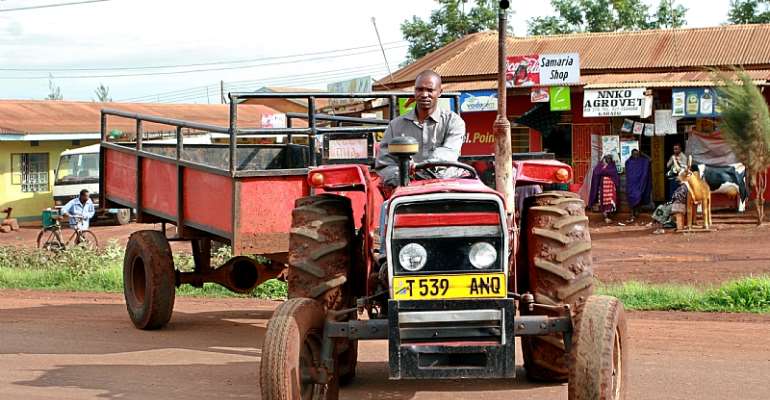 One of the clearest trends in wealth and poverty in Tanzania is shown by the slow decline in rural poverty relative to high national economic growth since the 1990s. Most explanations of this gap focus on the fact that the sectors which are growing – infrastructure, tourism, mining and service industries – are not rural. Agriculture is the mainstay of rural areas, but it is thought to remain relatively unproductive, is changing slowly, suffers from extensive backwardness and is risk averse.

But this explanation ignores inconsistencies in the data. The same data that report slow declines in rural poverty also show a sustained increase in the quality of housing throughout Tanzania.

How is it possible for a persistently poor rural population to construct such (relatively) good houses? To gain a better understanding of this, our research explored long term trends in rural Tanzania based on asset data. We have recently published this work in three open access papers in the Journal of Peasant Studies.

Our papers suggest that perhaps the paradox we must explain is not the failure of economic growth to reduce rural poverty. Rather we must explain why the data used to capture poverty lines doesn't capture the ability of Tanzanians to build relatively good houses. Our work shows that if we are more sceptical about the data being used then the paradox diminishes.

What the data miss

First, we have to be cautious about data on agricultural productivity given how hard it is to measure what Tanzanian farmers grow and what they do with their harvests. Second, there are restrictions of poverty line data based on measures of consumption. These data exclude outliers – isolated large items of expenditure - that would make poor families look wealthy. They are unlikely to capture unusual expensive items, such as metal roofs on houses. In addition, these measures also systematically exclude all investment in productive assets.

So, investments by a farmer in assets such as her herd, or land, or purchases of inputs such as fertiliser, improved seeds or a plough are not included in the expenditure records used to calculate poverty lines. There are good reasons for these omissions. If you are a shopkeeper and spend US$500 a week on goods for your shop then that expenditure is plainly not part of your household budget. We cannot confuse business related expenditures with household consumption.

By the same logic we must exclude expenditure by smallholders on productive assets for their farms. But this is a problem. For most rural Tanzanians their prosperity is best indicated by precisely these assets. Assets provide income streams in the future and security from shocks.

The key to success in agriculture is accumulating assets – land, oxen, and ploughs.

So where rural populations are getting richer, and investing in new assets, then poverty line data will, unfortunately, systematically miss these changes.

What's in, and what's out

The schedule of codes for the Classification of Individual Consumption by Purpose used in Tanzania's 2011/12 Household Budget Survey illustrates the problem. This provides an exhaustive list of all different types of expenditure recorded in a consumption survey, including food, clothing, house costs, furniture, education, water, electricity, insurance and even money spent on prostitution.

But it does not include any purchase of land. Nor does it allow for the purchase of ploughs, power tillers or tractors. Livestock purchase is only recorded if the animal is used for meat. Veterinary services are only recorded for pets and fertiliser for gardens, not farms. It is impossible to mention investment in productive assets because there are no codes for them.

Investment in productive assets is really important for Tanzanian farmers. It is central to their own definitions of wealth. Tracking change in asset ownership over time is hard. But it matters. We have found numerous cases – although not in every case – of families prospering in ways that poverty line data could not capture.

In Rukwa, southwestern Tanzania, for example, we found people are farming larger areas of land, growing more cash crops (such as sesame), and investing the money they make on these cash crops. In Dodoma, in central Tanzania we found that people were building better houses after farming larger areas of land for sunflowers. There are also cases in which assets have not flourished through agriculture.

As research by professor of global development Anna Mdee shows, in such cases only remittances and rising land values can sustain asset gains. But the general trend is clear: tracking assets provides important additional insights that complement poverty line data.

It is useful to track assets where rural populations are becoming more wealthy. Prosperity dynamics are visible in changing asset portfolios. But there are cautions. First, where people are getting poorer then assets are not a sensitive indicator of stress. Rural people sell them reluctantly. Second, growth in assets does not mean that rural Tanzanians are 'really' wealthy. Poverty, and prosperity, are multi-dimensional.

Saving for assets is hard. As our interviewees explained: 'tumebana matumizi' – we tightened our belts. And neither consumption nor assets are not necessarily good proxies for morbidity, mortality, education, gender relations and so on. Assets provide an important complication in our understanding of change in rural societies. Where poverty in terms of consumption persists, or grows, then this is no less real for any accompanying growth in assets.

Nonetheless asset data do allow us to look at Tanzanian rural economies afresh. Commonly-used statistics are likely to underestimate these farmers' contributions to national change and local development. We need to look at assets to see how smallholders create wealth, and the forms of consumption that their activities allow.

Dan Brockington received funding from the DfID / ESRC Growth Research Programme to conduct this work, and gratefully acknowledges that funding. The grant reference is ES/L012413/2.

By Dan Brockington, Director of the Sheffield Institute for International Development, University of Sheffield