Akufo-Addo And His Gov’t Has Performed Better, Give Them 4 More To Do More ― Eagle Eye International 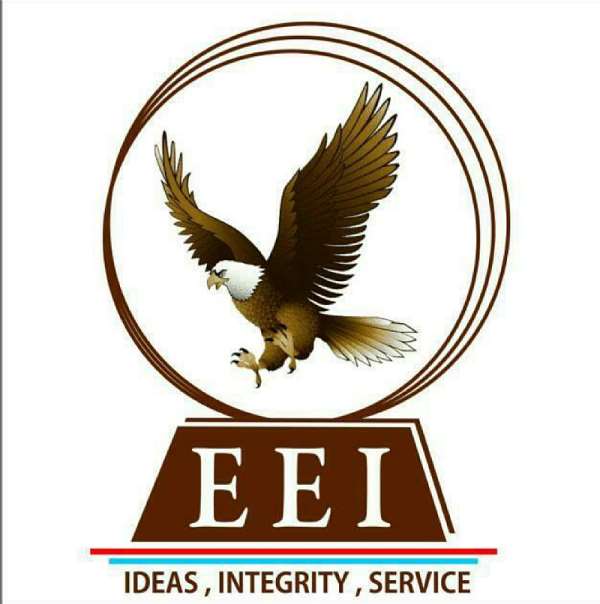 The manifesto that brought the NPP to power was generally described as an ambitious document with juicy campaign promises which were going to be difficult to be fulfilled if the NPP won power. Some Ghanaians led by the NDC said it was impossible for some of the promises to be fulfilled so the campaign of the NDC government then was to mount a strong opposition to the ideas and proposals as expressed in the NPP manifesto.

We had television ads produced to punch holes in some policies in the NPP manifesto. We had civil society organisations and think tanks questioning the feasibility and viability of policy initiatives such as One District One Factory(1D1F), Free SHS, One Village One Dam(1V1D), Planting for Food and Jobs(PFJ) etc.

The NPP managed to convince Ghanaians that indeed these policy alternatives were what Ghana needed at the time to return the country to a path of growth, development and transformation.

Ghanaians saw hope in the NPP based on the alternatives they prescribed. Ghanaians voted massively to give the NPP flag-bearer, Nana Addo Dankwa Akufo-Addo, the opportunity to lead the country differently from what they had experienced between 2009 and 2016. Ghanaians simply voted against incompetence, mismanagement, corruption, arrogance and lack of focus.

Three years into the administration of H.E Nana Akufo-Addo Ghanaians are preparing to go to the polls again in December 2020 to either retain the current President or bring back Former President Mahama who was chosen by the NDC to lead them again in the 2020 elections.

Eagle Eye International has taken the pain to digest the 2016 manifesto of the NPP and when the promises made are juxtaposed with what has been delivered in 3 years, we can confidently say that the NPP government respects Ghanaians more than any other government in our history.

If there is any government that has given a meaning to manifesto then it is the NPP government. If there is any administration that respects the sanctity of the social contract then it is the NPP government. The NPP government is trying as much as possible to fulfill all the promises they made to Ghanaians and even more. Hitherto, a political party could just promise anything just to hoodwink Ghanaians into voting for them regardless of whether their promises could be fulfilled or not. We were in this country when the NDC promised a one time premium in health insurance only to come to power to realise that it wasn't doable.

The NPP government has done so much in their first term to deserve another term to continue the good works.

In education for instance, the Akufo-Addo Addo led administration has done a yeoman's job, which is arguably the greatest investment to have been done in the educational sector of Ghana in history. The Free Senior High School Education. This has made education accessible to all Ghanaians of Senior High School, regardless of your social and economic statuses. This policy has come with an added advantage of recruiting thousands of teachers in our senior high schools alone, the non-teaching staff and the over eight hundred infrastructure across the senior high schools. This, arguably was the flagship campaign promise and has been delivered. The recruitment of trainee teachers to the basic schools, the new curriculum design and the increment of capitation grant cannot be left untouched restoration of research allowance, the Zongo's are not left out with Arabic tuition and allowance. The achievements in education is enormous and it reflects every bit of the campaign promises made before the 2016 elections.

On health and health care delivery, I cannot throw light on all that has been done by the Akuffo Addo-Bawumia led administration. It started from granting clearance and posting all the health professionals who had completed the professional training but had not been employed under the NDC led administration, be it nurses, medical doctors, allied health professionals, physician assistants, etc. The introduction of the medical drone delivery services, the largest in the world, the procurement of ambulances for every consistency in all the 275 constituencies, the polyclinics, the hospitals, etc are in consonance with the promises made to the people before 2016 general elections. Great improvement with NHIS and improved health delivery nationwide.

Dumsor, as introduced and lasted for almost 4years by John Dramani Mahama, that collapsed many investments, caused the deaths of innocent Ghanaians and is the major factor of Mahama sending Ghana to IMF for policy direction is no more.

For agricultural growth and development, this government is next to none in history, construction of none existence Mahama GreenBook roads, railway development, etc, are on course as promised. Employment of the Youth and Ghanaians in general to other sectors of the economy like NABCO, Forestry, YEA, CocoaBod etc sums up to over 700,000. This is far better for the freeze of employment by IMF under former President Mahama.

With the financial indicators to show or rate the performance of this government, every sector shows a glowing positive indicator, far better than the indicators during the NDC regime.

On the above score and many other scores especially investment in the security sectors, successes achieved under trade and industry, measures to fighting corruption, preservation of our national assets and the fight against galamsey endorses four more years for Nana, and I humbly call on you to do same. So in unison, we say; one good term deserves another.