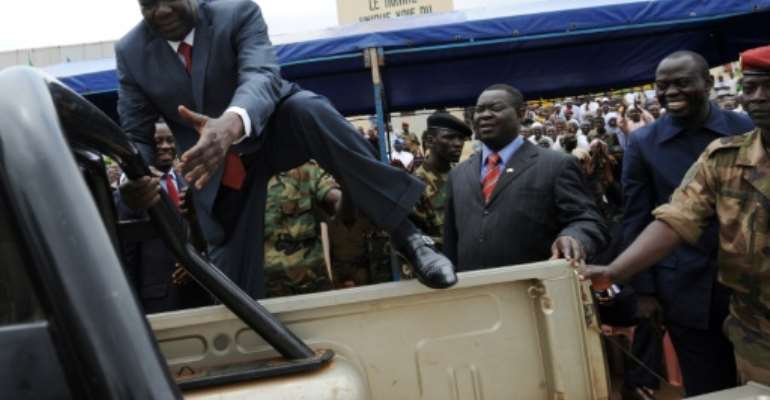 Djotodia, 71, who resigned 10 months after seizing the presidency at the head of a Muslim rebellion in March 2013, landed on board a Royal Air Maroc flight from Casablanca via Douala in Cameroon. He had been living in exile in Benin.

He was welcomed at a hotel in the capital by about 30 of his supporters, an AFP journalist said.

Djotodia's rebel movement, known as Seleka, plunged the CAR into violence and led to the overthrow of the majority-Christian country's president Francois Bozize -- who also returned to the country last month.