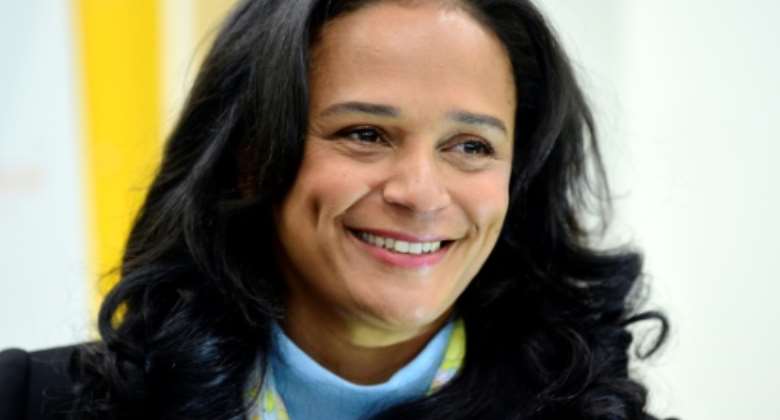 The allegations are riddled with "obvious lies, errors and omissions", she said late Tuesday.

"This court decision, which is the outcome of an injunction that was not communicated to the parties, is clearly arbitrary and politically motivated," she said.

Her father Jose Eduardo dos Santos ruled Angola for 38 years -- a time widely associated with corruption and nepotism -- until President Joao Lourenco succeeded him in 2017.

Isabel, like most of the dos Santos family, left Angola, claiming she faced death threats after her father stepped down.

She was appointed head of Sonangol in 2016 but was forced out the following year, in one of the first acts undertaken by Lourenco to remove dos Santos relatives from power.

An Angolan court, acting as part of the graft investigation, this month froze bank accounts belonging to dos Santos and her husband Sindika Dokolo.

Their holdings in several Angolan companies, including the telecoms firm Unitel and cement company Cimangola, have also been frozen, the statement said.

Despite their country's extensive oil, gas and mineral wealth, the majority of Angolans live in poverty and continue to rely on subsistence agriculture.