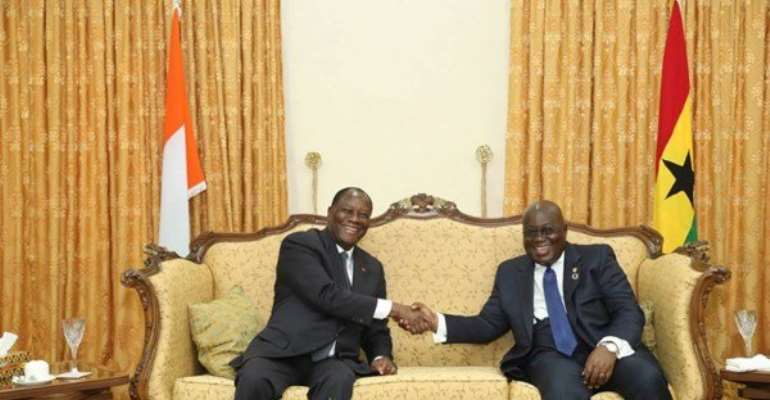 The Ghana government has commended the decision by eight West African Countries which have committed to use a common currency, the ECO, from the year 2020.

“We have a historic opportunity to create a new reality for the peoples of ECOWAS, a reality of general prosperity and progress. So, let us seize it,” the statement said.

On December 21, 2019, the President of the West African Economic and Monetary Union (UEMOA), Alassane Ouattara, at a news conference with French President, Emmanuel Macron, in Ivory Coast made a declaration on the decision taken by eight (8) West African Member States of UEMOA to discontinue the use of the Financial Community of Africa (CFA) franc currency.

The ECO was the proposed name for the common currency that the West African Monetary Zone (WAMZ) planned to introduce in the framework of the Economic Community of West African States.

The government of Ghana believes this is a welcome decision worthy of applauds and has rallied other African countries to embrace it.

“Ghana urges the other Member States of ECOWAS to work rapidly towards implementing the decisions of the Authorities of ECOWAS, including adopting a flexible exchange rate regime, instituting a federal system for the ECOWAS Central Bank, and other related agreed convergence criteria, to ensure that we achieve the single currency objectives of ECOWAS, as soon as possible, for all Member States,” the statement added. 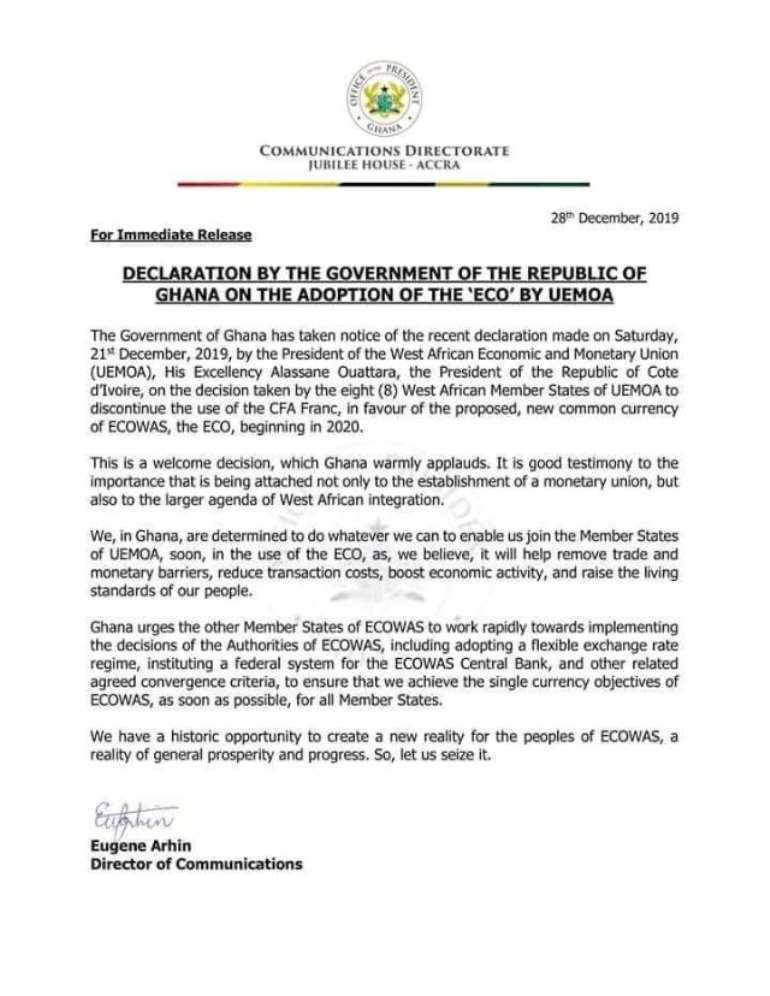