Malawian Harold J. Kamphinda To Help Bring Junai To Life In His Book 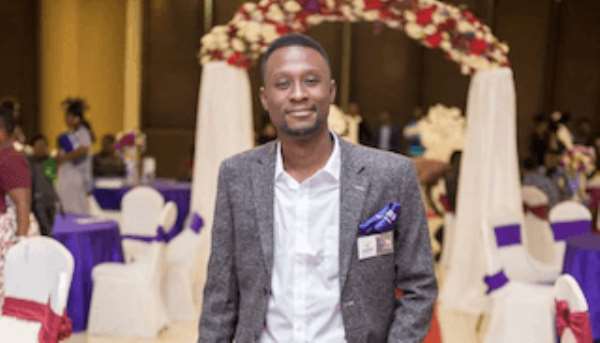 Harold J. Kamphinda Jr is a Malawian with a pocket full of dreams he wants to be realized. He believes there is nothing as dangerous as an African with a dream. So we set out here at TheAfricanDream.net to discover one of his dreams.

“Many of us have got great dreams but we face unprecedented limitations like lack of finances and support from the ones we trust. As a result, many dreams are not realized by Africans,” Harold explained. His contributions to telling the African story is embedded in his first novel.

It all started in 2007 when an 18-year-old Harold conceived a dream to write a book after being emboldened by a friend who noticed his knack for writing and storytelling. “I didn’t know what steps to take back then, and it took me 6 years to finally start writing,” he continued, “in 2013 I started work on my fictional tale about the Creator, the Creature and the Creative — I call the book ‘The word, the Unearthing.‘”

For Harold the idea behind his dream book, as he told TheAfricanDream.net is about “the Creature (man) living in a Utopian world where he joins a fallen angel to rebel against the Creator to create a sovereign world free from the Creator’s laws. Trouble, however, brews after the rebellion for the Creature who wasn’t created to function without its maker…“

To solve this problem, the creator starts work on a redemptive plan by splitting what started as one planet, into different planets to keep evil from spreading to all. Splitting the planets however came with an evolution of the creatures into different beings, each being adapting to its respective home planet.

It gets interesting as the fallen angel seized the opportunity to colonize all those planets and rule them to eternity.

The Creator then steps in to raise a young man from a technology-savvy planet to lead a resistance army that will restrain the wicked force until Junai — the chosen messenger of the creator — comes to completely vanquish the fallen angel. Junai afterward restores harmony by bringing the planets into one Utopian state as was in the beginning.

Harold finished this book in 2014 after working on it for a year. He is however yet to launch or even publish it. His dream is to officially launch it in Malawi first and proceed to take it global.

“My dreams go even further, I want to produce a movie based on my book. It has taken me 13 years now and the book is still on the shelf. I do not want my dream to be buried, which is why I am going online to bring Junai to life,” the writer shared.

If you are reading this and want to assist Harold, email him at [email protected] or find him on Facebook as Harold J Kamphin Jr because he has a story for the world, help him tell it.