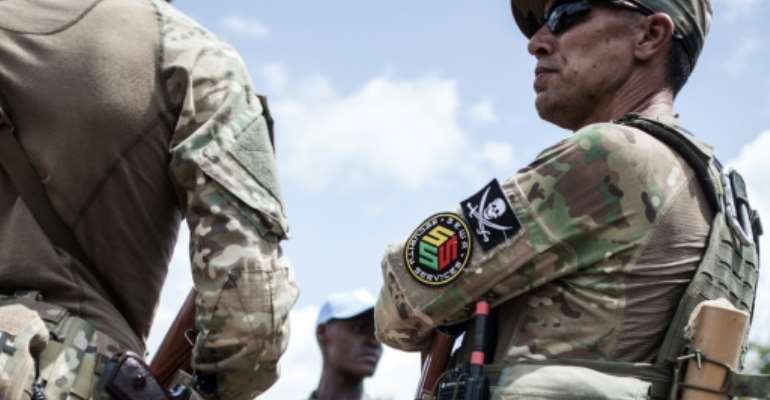 The draft, obtained Tuesday by AFP, does not name any specific countries, but instead calls on all member states to stamp out the practice of hiring foreign fighters.

It asks them to "introduce legislative measures to ensure that their nationals do not participate in the recruitment, gathering, financing, training, protection or transit of foreign mercenaries or combatants."

It also asks that they refrain from the "planning of activities to destabilize the situation in a state or undermine or totally or partially compromise the territorial integrity or political unity of sovereign and independent states."

Several UN missions were surprised at the filing of the draft, as Equatorial Guinea's two-year term on the Security Council as a non-permanent member ends on December 31.

One diplomat told AFP on condition of anonymity that a vote on the measure was not a sure thing.

Russian mercenaries have been active in the area in the past, and Moscow has recently been accused of involving itself in the deployment of armed fighters in Libya and Mali.

The draft resolution says that the United Nations is "alarmed by the danger that mercenary activities represent for international peace and security... especially for central African states."

It "urges all central African states to take the necessary measures, cooperate with each other and exercise maximum vigilance against the threat posed by mercenaries."