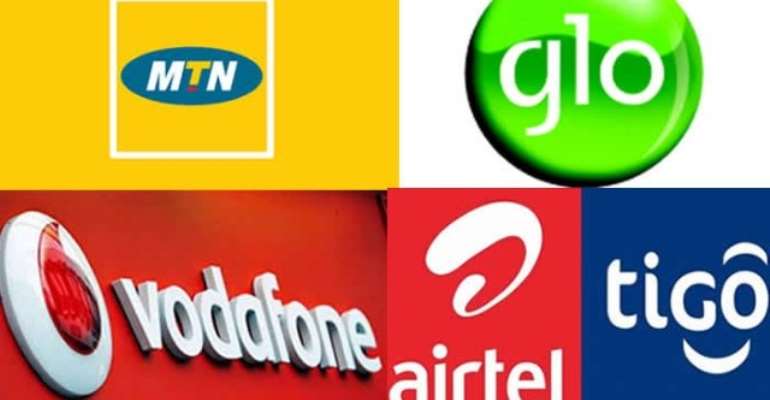 It is fair to say, all other things being equal, even though everyone knows tax payment is a legal and moral obligation, no one likes paying their taxes willingly unless they are made to.

It was therefore not surprising when the recent past Commissioner-General of the Ghana Revenue Authority (GRA), Emmanuel Kofi Nti stated that at the time he took office, there were a potential eight million plus Ghanaian institutions and individuals who were supposed to be paying taxes, but just about 1.2 million actually paid their taxes. At the time he left office early last year, he had been able to raise the figure to an estimated two million taxpayers, which is still woefully small.

In addition to the number of taxpayers being far lower than what is expected, majority of those who pay their taxes, also don't pay exactly what they are supposed to pay. The former GRA boss noted then, that his assignment was cut out for him - to widen the tax net, and to block the leakage and ensure that existing taxpayers also paid exactly what they are supposed to.

He implemented a number of strategies – tax amnesty, tax stamp, compulsory Tax Identification Number (TIN) for everyone, aggressive revenue collection exercises across the country, tracking systems on moving goods and revamped transfer pricing strategies to deal with various aspects of the problem he inherited.

Emmanuel Kofi Nti was recently removed from office for alleged poor performance. But one thing he did well was to strengthen aspects of the tax collection systems, which ensured that certain multinationals, like telcos, who engage in regular transfer of funds outside of Ghana, paid the appropriate taxes. In that regard, the revamped Transfer Pricing Unit at the GRA caught a big fish in the telecoms industry, Vodafone Ghana.

To cut a long story short, the following was heard in court:

Some tax experts say what Vodafone did was tax avoidance, which may be unethical, depending on the circumstances, but not necessarily illegal. Unethical because Vodafone, like many other big companies, took full advantage of loopholes in Ghana's tax system to avoid paying taxes on some revenue it generated locally. The truth is, some laws allow that kind of transfers but other laws caught Vodafone in a web and eventually they had to discontinue their own lawsuit and pay the taxes.

GHC300 million lost
Granted that Vodafone's conduct was just unethical and not illegal, how about the recent announcement by the Communications Minister, Ursula Owusu Ekuful, that prior to government implementing the common monitoring platform (CMP) to monitor revenue flows of telco in real-time, the telcos (no names mentioned) under-declared their revenues leading to Ghana losing a whopping GHC300 million between 2015 and first quarter 2017 alone - was that also tax avoidance, or tax evasion?

Here is exactly what the Minister said verbatim; "Since the implementation of the Common Platform we have discovered that GHC300 million in taxes was lost to the state due to under-declaration by the telecom operators between 2015 and first quarter of 2017, prior to the implementation of CMP”.

This under-declaration, we were not told whether it was also in respect of telcos treating some money as part of their cost of operations and therefore refusing to declare taxes on them like Vodafone allegedly did under the Transfer Pricing practices, or it was through other means we are yet to be told about.

Telecom tax figures
Let’s look at some telecoms tax figures between the period that the Minister said the telcos hid monies and just a year after the implementation of the common platform.

The Minister said the under-declaration happened between 2015 and first quarter 2017. Checks from the Ghana Chamber of Telecommunications indicate that in 2015, telcos paid about GHC1.4 billion in taxes and in 2017, they paid 1.74billion, which is about 24.3% increase over the two-year period. The figure then shot up to GHC2.2 billion in 2018, representing some 26.44% increase over just a one-year period between 2017 and 2018.

Avoidance or evasion
It is important to note the under-declaration of revenue could mean either tax avoidance or tax evasion.

Tax avoidance is a high skilled tax management strategy adopted by companies to cut down on how much tax they pay. It is fair game, except that when rich multinationals use those strategies to avoid paying taxes in poor/developing countries, it is considered unethical. The truth is, small-scale enterprises do not even have the funds to hire the high-skilled tax management companies to help them avoid taxes. It is the rich multinationals who do, and that is what the international community finds unethical; that while smaller companies are paying their fair share of taxes, big companies are rather paying tax managers big money to help them deny the poor countries of the much-needed tax revenue.

Tax evasion on the other hand is illegal and criminal; it is theft - pure and simple. So under what category does the GHC300 million fall – was it because the telcos employed tax avoidance strategies (like Vodafone did) or the telcos actually evaded tax, as in refusing to pay taxes on revenue that is obviously taxable?

And if Vodafone was eventually made to pay the GHC160 million after the retrospective assessment showed that they actually owed Ghana in taxes, what is happening with respect to the GHC300 million the Minister boldly said “WE HAVE DISCOVERED” telcos hid from the state?

After the common platform supposedly discovered the hidden taxes, has GRA gone on to do a full tax retrospective assessment on each of the telcos to then determine how much tax each of them hid from us, just like GRA did to Vodafone in the case cited above?

For a developing country like Ghana, GHC300 million (US$51.55 million) can do a whole lot – on the average it can build 35km of road with culverts, about 2,600 affordable homes at a cost of US$20,000 each, about 3,000 CHPS Compounds and so on. So why do we just make a political statement on it and let it slide, if we claim that we have actually “DISCOVERED” that telcos did something shady over the period in question?

Fatigued allegations
Whereas multinationals may have a penchant for avoiding taxes, the repeated claim that they do so, without any open punitive measures against them, is also making those allegations mundane and fatigued.

We all see how GRA runs after companies owing far smaller amounts, close down those companies and shame them in the media. Even small shops which owe peanuts suffer same fate. Meanwhile, government after government has been claiming that telcos hide money from the state, for which we needed a multi-million-dollar state-of-the-art real-time monitor to secure state revenue from the telecom industry. We have in the past, paid various private organizations like GVG, Subah and Afriwave millions of dollars for the purpose, but to no avail. We have also paid other organizations like PriceWaterhouse Coopers, Delloite and Touch, KPMG and others for similar audits but none of those reports have been published for the public to judge if indeed telcos are dodging taxes.

Now Kelni GVG is here, and per the Minister’s own submission, they are delivering the goods to the extent that, for the first time in the history of the country, a whole Minister could openly claim real-time monitoring discovered that telcos hid GHC300 million from us over a certain period.

WHEN ARE WE GOING TO GO BEYOND JUST TALK AND OPENLY CRACK THE WHIP ON THE OFFENDING TELCOS WITH RESPECT TO THIS PARTICULAR UNDER-DECLARATION OF REVENUE – WHEN WOULD WE MENTION THEM BY NAME AND TELL GHANAIANS EXACTLY HOW MUCH EACH OF THEM HID FROM US AND WHAT THE LEGAL CONSEQUENCES ARE FOR THEM?

The Minister mentioning it at a press conference, without saying names, is a subtle but feeble attempt to create reputational damage for the telcos. But the truth is that she stopped short of mentioning any telco’s name, so the public would not know which telco did what and each telco would also not feel the need to speak to the matter because their names were not mentioned. That is not how a government, which claims to now have evidence that telcos hid GHC300 million from the country should act. If you have evidence, you don’t just talk, you take action.

Propaganda?
Let's raise the bar and stop doing propaganda with this thing for once. If indeed we have HARD EVIDENCE against the telcos, let’s see some action. If we say the Common Platform has DISCOVERED that telcos hid ghc300 million from us, it means we have the EVIDENCE, so let's go beyond the talk and let the law take its course, otherwise the Minister is just doing propaganda.

The Minister’s generalization could mean two things; either she wants to hold the telcos to ransom and say “we have dirt on you so you better keep following our directives or we will go all out on you”, or she is afraid to mention the telcos by names and say MTN, Vodafone, AirtelTigo or Glo hid X amount from us, because she knows that could earn government a lawsuit.

And deliberately holding telcos to ransom is something politicians have done and continue to do. For instance, one can mention how the Minister subtly threw in the issue of quality of service recently when she issued her directives against upfront charge of Communications Service Tax and removal of expiry dates on data bundles. The Minister has worked in the telecoms industry before and knows very well that telcos can never win against the public when it comes to quality of service, so she subtly threw it in just to whip the telcos in line, and it worked like magic.

One thing this Communications Minister is well known for is her “say it as it is” posture on issues. So one expects her to go all out on this one, particularly because she was the first Minister to have actually whipped the telcos in line to allow the real-time monitoring of their billing nodes, and she is also the first Minister to openly claim she now has hard evidence that telcos indeed hid money from the state.

My take
It is refreshing to hear the Minister say the common platform has, since its implementation, helped Ghana to make huge savings like GHC470 million in CST, VAT, NHIL and GetFund Levy, US$1.1 million each month for running the platform and also prevent over US$205 million losses to SIMBox fraud.

It is my opinion that taking the individual telcos to book on the alleged under-declaration of GHC300 million, based on the supposed evidence provided by the common platform, will justify the value for money argument for establishing platform much better than throwing up figures the platform supposedly helped the country to save, when we all know that the average Ghanaian does not have any means to verify if those savings are even real, and not just wild claims by a politician just to justify the US$1.4 million we pay Kelni GVG every month.

Avoid greed, dishonesty and hypocrisy in galamsey fight – As...
35 minutes ago