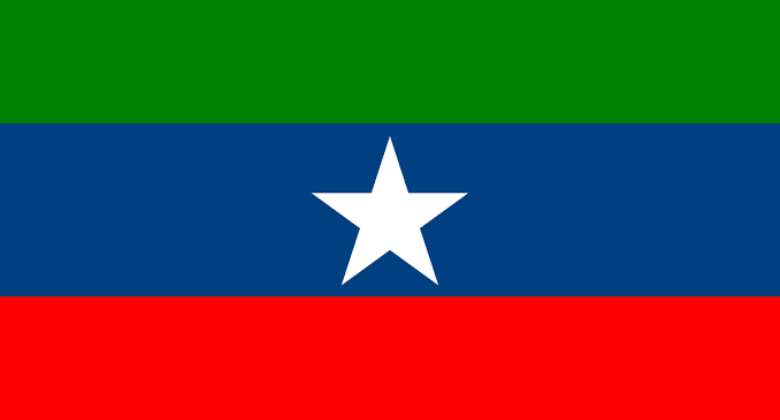 For decades, Somali state has been experiencing rampant poverty, political and social injustices and chronic food shortages brought about by drought and limited agricultural activity, Since mid 2007, the Ethiopian forces have manifestly committed gross human rights abuses with impunity, including widespread gang-raping of women and pillage, torture, arbitrary arrest and detention of thousands of persons, disappearances, and burning of entire settlements and blocking of access to water wells for both the civilian population and their livestock. Thousands of villagers were forcibly displaced in what constitutes a tragic case of an all out ethnic cleansing.

The Somali people have been struggling against their Ethiopian occupiers off and on since they were captured i.e Before one century". However, it was only after Somalia’s independence in 1960 that the first organised uprising took place during the rule of Emperor Haile Selassie. This was the reason that lay behind Ethiopia’s first invasion across the border into Somalia in the brief war between the two countries in 1964.

Thereafter, the struggle continued, though ebbing and surging. It was in the early 1970s, when a new movement, the Western Somali Liberation Front (WSLF) was formed during Mohamed Siyad Barre’s rule in Somalia.The WSLF predates the ONLF and has presently signed peace accord with Ethiopian invaders, while for too long they've been struggling with Ethiopia in the territory side by side with the ONLF in the struggle for freedom.

"The frog does not run in the daytime for nothing."

The ONLF fighters were forced to take the gun after TPLF led regime violated their basic human rights. The reason that they took the arm was/is to defend themselves against Abyssinian evil forces. In this case, Somali people cannot live with Abyssinian beasts. History tells and historians in this region know it, to end this prolonged chronic human suffering in Ethiopia is to balkanize, so that each and every ethnic group would be able to mend and manage its own daily affairs. Peace and justice cannot prevail in Ethiopia and ordinary people in Ethiopia know it.

In Ethiopia, beginning from Minelik to Abiy there has been and yet exits a one system of rule they inherited from one another. And this is the Abyssinian rulers’ byproduct; to hold power, people must remain under starvation, poverty, manipulation, humiliation, isolation, injustice, and accept when their basic human rights violated.

The problems facing the Somali people are not ones that can be solved through simple forgiveness, respect, or dialogue, as proposed by the regime and many political pundits. Therefore we condemn in the strongest terms any approach to the Somali problems based on forgiveness and the so called "MEDEMER".

Such an approach is not simply a matter of naivety but a deliberate and systematic attempt to cover up the real roots of the problem. There is an oppression of certain ethnic groups by another, there is colonisation in Somali state, and that colonisation is a feature of imperialism.

If South Sudan achieved their freedom through international body, why not the Somali people? When will their suffering end?

Given the ethnicism that plagues a wide layer of the Ethiopian toiling masses, it would seem absurd to assert that the Ethiopia masses like oromo are the best ally of Somali people in their independence struggle. But in reality it is patently more absurd to imagine that the UN, this den of imperialist thieves, can solve the national question.

"The interests of Capital in Somali state"
There is a saying, “follow the money”. In Somali state, we just need to follow the ogaden basin to find the roots of the ethiopia's interest over the somali state. The Ethiopian government started calling for forgiveness and Reconciliation after the British energy company has discovered 1.6 trillion cubic feet of natural gas reserve in the Ogaden basin. The so-called federal Democratic republic of Ethiopia maintains its hold on Somalis not only through "MEDEMER", but also through the abject service of the Somali democratic party and a small layer of emerging Somali traitors, growing fat off the existing relations of oppression. The demand for the right to self-determination, which concretely means an independence referendum, is therefore the most basic democratic right for the Somali people. They have the right to be asked if they still want to be part of Ethiopia or if they want to chart their own course as a sovereign nation.

We do not feel Ethiopian-A referendum is the only solution!!

The main condition for a free referendum is the withdrawal of all Ethiopian military personnel from Somali state. As long as army boots are still on Somali soil, there can be no freedom of association and expression, which is crucial for any genuine referendum. Furthermore, the holding of the referendum has to be entrusted fully to the hands of the Somali people.