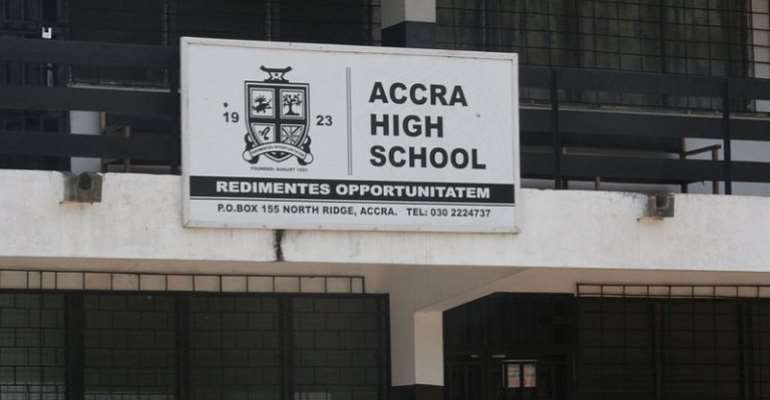 Some authorities of the Food and Drugs Authority, the Korle Klottey water and sanitation unit and the Adabraka public health department have all visited the Accra High following cases of alleged food poisoning.

Last night, some students were rushed to the Adabraka Polyclinic after complaining of a severe stomach ache.

According to authorities, majority of them have been treated and discharged.

A housemaster at the school, Ernest Koomson said although a definite figure cannot be given as some were rushed this morning, the situation is under control.

“What actually happened was that there was an interschool sports festival at Elwak Sports Stadium. When they returned, some of them were complaining of tummy ache so they were taken to the Adabraka Polyclinic. We are suspecting that when they went to Elwak, they ate something that wasn't good for them, hence the reaction.”

“We were all surprised as to the number of victims they mentioned in the media. The thing is we don't have a fixed number. As they were being treated, some were going and others were now coming. Till the doctors are done with them, we wouldn't be able to give an exact number. But we can estimate that they are about 15 people 15 because this morning four people were taken there again,” he said.

A similar incident happened at the Archbishop Porter Girls Senior High School early part of this year when some 60 students were hospitalized after consuming some vegetables from an external vendor.

The students were rushed to the Holy Child Hospital in Sekondi-Takoradi where they were stabilized and received treatment.

“We admitted about 60 students. They all came with complaints of diarrhoea and vomiting. From the history we took, they bought vegetable sauce that was stored in a refrigerator by one seller in the school. So the students who ate that vegetable sauce are those complaining. The situation has been curtailed; we have not recorded any casualty. All of them are stable.”

He further cautioned students in boarding schools, in particular, to stick to meals cooked by the school to avoid any health troubles.

August 4 declared public holiday in celebration of Founders ...
52 minutes ago