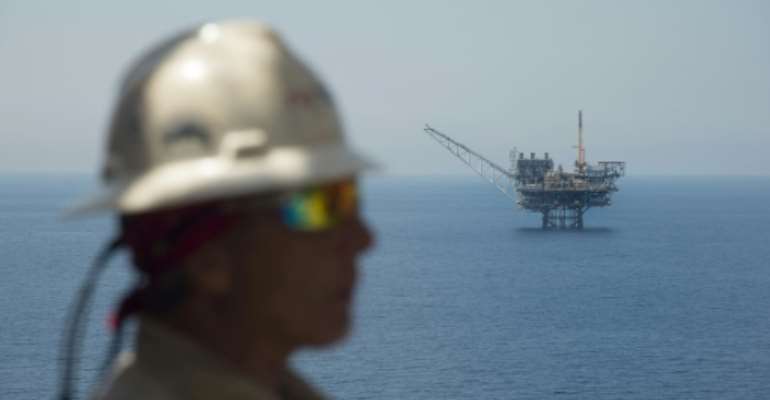 Natural gas is now the biggest contributor to the growth in emissions, researchers say. By AHIKAM SERI (AFP/File)

Global carbon emissions boosted by soaring natural gas use are set to hit record levels in 2019 despite a decline in coal consumption and a string of countries declaring a climate emergency, researchers said Wednesday.

In its annual analysis of fossil fuel trends, the Global Carbon Project said CO2 emissions were on course to rise 0.6 percent this year -- slower than previous years but still a world away from what is needed to keep global warming in check.

In three peer-reviewed studies, authors attributed the rise to "robust growth" in natural gas and oil, which offset significant falls in coal use in the United States and Europe.

"We see clearly that global changes come from fluctuations in coal use," said Corrine Le Quere, from the University of East Anglia, an author on the Carbon Budget report.

"In contrast the use of oil and particularly natural gas is going up unabated. Natural gas is now the biggest contributor to the growth in emissions."

Atmospheric CO2 levels, which have been climbing exponentially in recent decades, are expected to hit an average of 410 parts per million this year, Le Quere said. 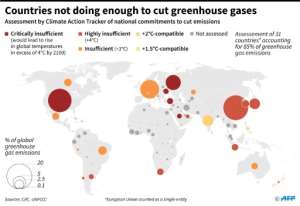 The report will make for further uncomfortable reading for delegates gathered at UN climate talks in Madrid, with the warnings from the world's top climate scientists still ringing in their ears.

Last week the UN said global emissions needed to fall 7.6 percent each year, every year, to 2030 to stand any chance of limiting temperature rises to 1.5C (2.6 Farenheit).

With just 1C of warming since the industrial era so far, 2019 saw a string of deadly superstorms, drought, wildfires and flooding, made more intense by climate change.

The UN said Wednesday that the 2010s was almost certain to be the hottest decade on record and as many as 22 million people could be displaced by extreme weather this year.

'Urgency not sunk in'

The authors pointed out 2019's rise in emissions was slower than each of the two previous years.

Yet with energy demand showing no sign of peaking even with the rapid growth of low carbon technology such as wind and solar power, emissions in 2019 are still set to be 4 percent higher than in 2015, the year nations agreed to limit temperature rises in the Paris climate accord. 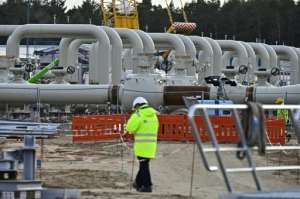 The Nord Stream 2 gas pipeline is built in Lubmin, northeastern Germany - it will double the capacity to ship natural gas from Russia to Germany. By Tobias SCHWARZ (AFP/File)

While emissions levels can vary annually depending on economic growth and even weather trends, the Carbon Budget report shows how far nations still need to travel to drag down carbon pollution.

"Current policies are clearly not enough to reverse trends in global emissions. The urgency of action has not sunk in yet," said Le Quere.

She highlighted anticipated emissions falls of 1.7 percent in the US and Europe as the power sector continues its switch away from coal.

The most polluting fossil fuel saw its usage drop by as much as 10 percent in the two regions this year, the report said.

But such savings were offset globally by the likes of India and China, the biggest overall emitter, and specifically by an increase in energy from natural gas.

Don't succumb to pressure to support LGBTQI agenda – GMM to ...
11 minutes ago