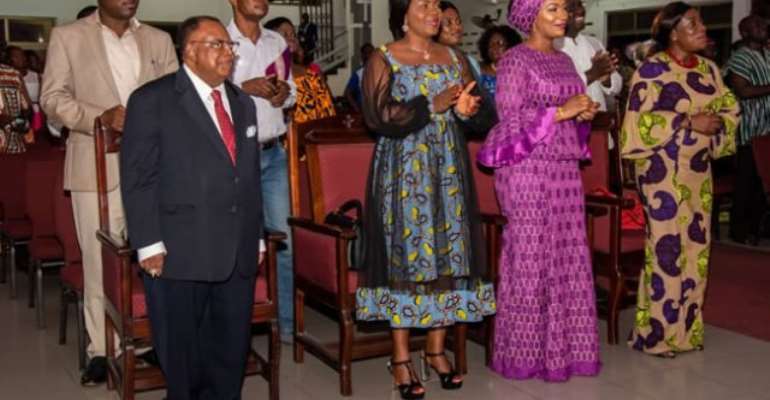 Ghana will host the maiden edition of the World Shea Expo to bring partners within the value chain such as processors, women pickers, farmers, researchers, aggregators, various associations, women groups and financial institutions.

Slated for April 22 to 25 at Tamale in the Northern Region, the Expo is aimed at promoting the product and creating both local and international markets for businesses.

It will be held on the theme: “Repositioning the Shea Industry to Accelerate Ghana’s Diversification Agenda within the context of Ghana Beyond Aid”.

The Second Lady, Samira Bawumia who launched the Shea Expo in Accra on Monday said the Shea industry had the potential to help address some of the critical developmental challenges in the country.

She said the demand for Shea products was growing and manufacturers were responding by creating products made with African Shea desirable for global consumers.

Statistics from the Ghana Export Promotion Authority indicated that the country exported a total of $90 million worth of Shea butter in 2018.

She said despite the remarkable gains, there were still challenges that had to overcome along the value chain including; unfair pricing, felling and burning of Shea trees and uncollected nuts.

The Second Lady said government was committed to addressing some of the challenges and the implementation of the Planting for Export and Rural Development initiative would increase export both rural and local economy and the Shea was one of the commodities identified for the programme.

Mrs Bawumia said in enhancing farm values for Shea, it would not only build communities but also enhance the national economy.

She said as the Shea industry grows, people must grow with it and improve on their capacity to compete in the ever-expanding global and regional market.

She said, “We need to ensure that our Shea is delivered faster, efficiently and at the highest quality to the global market”.

She said this could be done by ensuring support to local industrial processing with the required investments and partnerships and commended the organisers for the initiative to promote the Shea industry and open up the Northern Region for investment.

“The time to build a self-sufficient continent and country is now and the right partnership will ensure that the country maximises economic potentials of the Shea industry,” she added.

He said the Expo was structured to publicly recognise the efforts and contributions of women, youth and the small to medium enterprises, who dedicated their time to picking less than 40 percent of nuts in the bush annually.

He said it was to promote and highlight the contributions of Shea butter in the development of the rural women in the seven Northern Ecological Zones that had a comparative advantage over the production and processing of the Shea nut and butter for the international market.