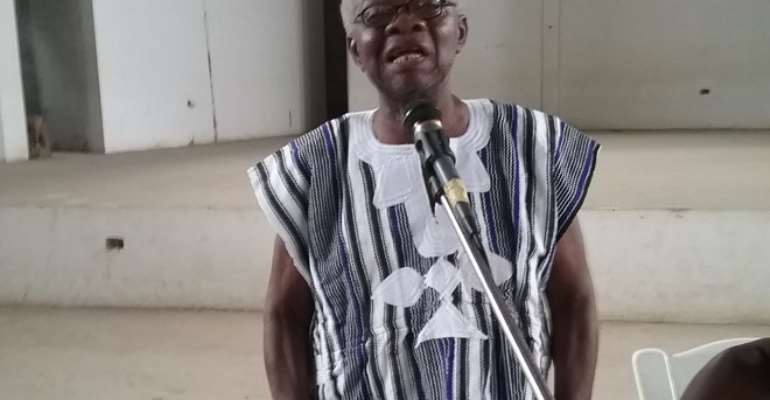 Leader of the Homeland Study Group Foundation, Charles Kwame Kudzordzi has condemned the alleged manner in which security agencies are arresting his fellow Western Togoland secessionists.

In a video, Mr. Kudzordzi accused the government of detaining his elderly wife amid other arrests by security operatives following the group’s so-called declaration of independence.

He complained that security operatives have been “going around, arresting people in the street, taking them and locking them up in cells and more so going to houses of every individual and taking my near 70-year-old wife and locking her up. That is not the right thing.”

Mr. Kudzordzi said he was willing to avail himself to meet security personnel only if the government was civil.

“I want the government to show maturity. Invite me legally through my lawyers and I will present myself for the case to continue.”

The Homeland Study Group leader also used his message to preach peace amid the controversy of the secession.

He urged traditional leaders to ensure their people remained peaceful amid the controversy.

“I am appealing to all of you, everyone, to be peacefull. No declaration is staged without quarrel. It is always so but we want to set the record for peace to prevail so that the whole country knows that we are peace loving.”

In addition, he called on organisations like Amnesty international to intervene “and put the situation under control to avoid any possible mayhem.”

The Volta Regional Security Council has so far caused the arrest of at least 10 members of the separatist movement.

Five of them have been remanded on charges of treason felony after being arraigned at the Ho District court on Wednesday.