Back To Kampala Ten Years Later: How Has ATAF Championed Tax Matters In Africa? 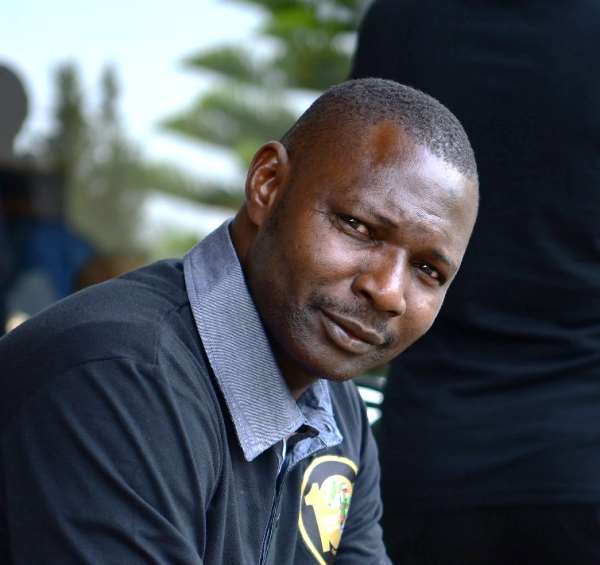 When they gathered at an international Conference on Taxation, State Building and Development in Africa, in August 2008, they decided not to leave the conference hall in Pretoria, South Africa, without making and taking a concrete decision. Yes, decisions like those that led to the establishments of global or continental bodies such as the League of Nations (today known as the United Nations) and the Organization of African Unity (now called the African Union).

The 30 African countries, including my native Liberia, at the gathering decided that the outcome of the Pretoria assembly should not be just “another meeting” with “another resolution”, containing salient recommendations that would be left on shelves to dust or rot. This is often the case in many countries in south Saharan Africa.

No, they wanted a change; they wanted to make a history. They wanted a better outcome of the resources that was used—taxpayer’s monies—to hold discussions on improving tax collection in their respective countries and Africa at large. They opted for a decision which results would serve as a guiding light of addressing imbroglios associated with taxation and economic development on the African continent.

These countries decided that, in the face of the global economic challenge, it was time to lessen Africa’s reliance on overseas aid and take control of the continent’s development themselves through the mobilization of domestic resources.

Their salient idea worked! It was out of that meeting that the idea of the African Tax Administration Forum (ATAF) was born. They agreed to establish ATAF and mandated a steering group of African Heads of Tax Administrations and technical task team of senior officials to draw up a roadmap and do the necessary spade work.

The steering group and technical task team met in South Africa, Nigeria and Ghana in February, June and August 2009 respectively, to hammer out the details of the forum’s founding documents and structure in preparation for its official launch and inaugural conference in November 2009 in Kampala, according to the history of ATAF.

Yes, it is ten years later when the dream that was initially conceptualized in Pretoria was officially birthed in Kampala—turning a new page on the discourse of tax and development matters in Africa.

In November, African tax administrators and partners are returning to the city of Kampala, to mark the founding anniversary of ATAF. “To mark its 10th anniversary, ATAF will celebrate the achievements of our first decade, reflect on and learn from our history and map out our future path at a number of regional events and finally at an International Conference on Tax in Africa, which fittingly will take place in Kampala, Uganda from 19-22 November 2019, says Romeo Ella, ATAF’s Manager for Media & Communications.

According to ATAF, this biennial conference (International Conference on Tax in Africa), organized by ATAF and hosted this year by the Uganda Revenue Authority, will consider the theme: Innovation - Digitalization and Harnessing Technology to Improve Tax Systems.

This theme will cover innovative solutions to the policy challenges that face countries in dealing with the taxation of the digital economy, an issue that will inform the global tax debate over the next decade. It will also look at innovation through the use of technology in Africa to strengthen tax systems and develop solutions that will broaden the tax base, deal with high net worth individuals and improve assessment and collection to increase tax efficiency and effectiveness.

True to the purpose for which it was formed, ATAF and its administrators haven’t been supinely sitting in executive chairs in Hatfield Gardens, Pretoria, but have been working around the clock to strengthen revenue administration and enhance strategies for domestic resource mobilization in Africa. No, over the last decade, ATAF, serving its 38 member countries, has been championing the interests of African countries in the international tax arena. In the 10 years since its inception in November 2009 at a conference in Kampala, Uganda, ATAF has made significant progress and can point to a range of achievements that has cemented its position as the leading organization on tax matters on the African continent, says Romeo Ella.

Building itself as a strong African tax organization, building capacity and capabilities of revenue authorities to boost domestic resource mobilization, influencing international tax standards, building the capacity of African tax administrations through training, and building a knowledge hub on tax matters in Africa, are among the key achievements of ATAF over the decade.

To add numbers, to those achievements, to date, ATAF has 20 on-going country programs focusing on cross-border taxation, exchange of information, transfer pricing and VAT, amongst others. Such programs have proven instrumental in generating over $300 million in additional tax revenues for ATAF members. For example, today, Liberia is among revenue jurisdictions that have created Exchange of Information Sections in their domestic tax departments. That’s not all. New transfer pricing rules have been introduced in 12 countries, including Liberia, allowing them to increase their revenues from large taxpayers.

In addition to providing technical assistance, ATAF believes that building the necessary skills and capacity within tax administrations will have a more sustainable impact over a longer term. The organization has therefore trained at least 15,422 tax officials and policymakers on tax audit, tax treaties analysis, compliance risk management and fraud detection, transfer pricing, revenue forecasting and analysis and many others. These include about 230 officials trained in Transfer Pricing, 407 in Tax Treaties, 98 trained in Risk Management, 516 trained in Tax Audit, 108 trained in Tax and Natural resources, another 108 trained in Tax and Natural resources, while 87 officials from 20 countries have graduated from ATAF Executive Master’s in Taxation. This is not to even mention some 150 journalists and tax communicators who have been trained to effectively tell the African tax stories (my next article). Only 10 years ago, all these would never had happened as profoundly as they are. Yes, in a decade, ATAF has been championing these feats!

On the margins of its 10th Anniversary, ATAF is concerned about how African countries can tap onto resources and widen their tax nets in raising more revenues to fund initiatives of meeting the sustainable development goals (SDGs) by 2030.

Since the historic adoption of the Sustainable Development Goals (SGDs) in 2015 and in spite of the wide buy-in by governments worldwide, achieving the SDGs by 2030 continue to present serious challenges for Africa. According to a report by the Sustainable Development Goals Centre for Africa (SDG/A), after nearly a decade of implementation, the continent has made minimal progress in most of the 17 goals, if any at all. The only notable signs of progress were on SGD 5, 13 and 15 which deal with gender issues and climate change and whose assessment focuses more on the adoption of key policies and not so much on empirical results. The main culprit for this state of affairs is the insufficiency of funds to finance the implementation of the goals.

An ATAF dispatch notes that the developing world, and Sub-Saharan Africa in particular, where most countries’ tax to GDP ratios falls below the 15% minimum required to be able to fund basic public services, are amongst the most exposed economies. In clearer terms, it is estimated that Africa needs an additional $500 billion to $1.2 trillion annual financing to meet its SDG targets. With the declining official development assistance (ODA) and other decreasing external sources of funding, experts agree that these amounts must be generated internally. The question is how?

Well, the answer is this: ATAF, the continent’s main tax body, seems to be getting the formula right. Driven by the belief that strengthening tax systems in Africa could help generate the much needed revenues and put the continent back on track to achieving the SDGs by 2030, ATAF has developed a multi-dimensional approach to boosting tax revenues in Africa including tailored technical assistance programs, training and capacity building workshops, knowledge generation and dissemination and multilateral diplomacy.

“We are 11 and a half years away from the SDGs deadline. Sadly, a good number of African countries still do not raise sufficient revenues to meet basic state functions. But this is not a death sentence, says Logan Wort, the Executive Secretary of ATAF, speaking at the World Bank Group’s General Meetings in October 2019. Mr. Wort is confident that “large amounts of revenues can be unlocked by capacitating our tax administrations with the right skills, knowledge and expertise, and our Ministries of finance with the necessary data, sound policies and adequate regulatory and legislative frameworks.” He made these comments as ATAF was signing a Memorandum of Understanding with the World Bank on the side line of the Meetings precisely in order to strengthen the two organizations cooperation in building strong revenue administrations in Africa. Of course, it’s one of such collaborations that ATAF has been seeking with multilateral partners over the years to boost the continent’s tax systems.

In its 10 years of existence, the organization has been the continent’s champion on tax matters. As a home-grown initiative, ATAF presents the characteristics of a winning formula for overcoming the development financing challenges currently faced by the continent. If Africa is indeed to mobilize sufficient revenues to meet the SDGs by 2030, improving its tax systems represents one of the key areas to focus on. Having an already established body such as ATAF to provide the expertise required for this, is a definite plus.

While Kampala 2009 was about giving birth to a new baby to strengthen tax administration, Kampala 2019 will be looking at from whence this baby has come, what it has done and how it intends to tackle the current economic challenges on the African continent. I have no iota of doubt that Kampala 2019 will consider how the continent can suffocate revenue leakages, boost and sustain domestic resource mobilization, with an eagle’s eye on the digital economy and Africa’s trek towards achieving the SDGs by 2030.

Yes, back to this same Kampala, 10 years later!
The Author, D. Kaihenneh Sengbeh is Manager for Communications, Media and Public Affairs at the Liberia Revenue Authority and Member of the African Tax Media Network. He’s former Secretary General of the Press Union of Liberia and practiced mainstream journalism for almost 15 years. Contact: [email protected] / [email protected] +231886586531/+231777586531