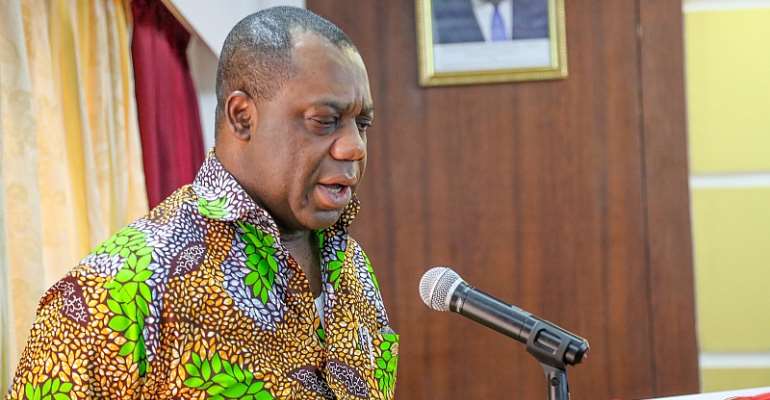 Certain figures that are opposed to the Free Senior High School (Free SHS) policy and how the Minister of Education is working to make the programme successful, have vowed to frustrate the minister until he quits.

Dr. Mathew Opoku Prempeh is to be pelted with lies by some people in certain political parties, including people interested in becoming the President of Ghana, ghananewsonline.com.gh has gathered.

Meetings have been held on how to deal with the Education Minister in order to force him out of office before the campaign for 2020 heats up.

Per the calculations of those pursuing the agenda, Dr. Prempeh and the Free SHS are their biggest threat going into the 2020 elections and everything possible must be done to get him out.

So many lies including the minister training hoodlums for 2020 elections are to be thrown out against him in the coming days.

It was not out of nothing that certain key opposition politicians launched scathing attacks on the education minister on the Comprehensive Sexuality Education (CSE) when they did not even had full facts.

It was that same group of persons who were praying to find fault with the Computer School Placement System (CSSP) and use it against the Education Minister but that also failed.

Since the current administration rolled out the Free SHS which is going to be a deciding factor in the 2020 elections, Dr. Prempeh as the Education Minister has been at the mercy of those opposed to the programme.

There have been several attempts to find faults with the programme and impugn wrongdoings against the minister.

In further to make the minister more frustrated as part of the agenda, there have been engagements with certain key union executives on the educational front to be opposing policies towards the betterment of the sector and also incite members of the public against the education ministry and by extension the minister.

Be it as it may, those agenda have all failed and the latest one to peddle lies about him to make him quit are widely seen as the last strategy.

More Opinion
Modern Ghana Links
Where Does 'Aboboya' Dump Its Waste?
NDC Silence Means NPP Not Worth The Argument: John Mahama Rolled Out Free SHS In Ghana
Hapless NPP Now Seeks Solace In Rawlings’ Death
Will We (People Of Gonjaland) Not Be Ingrates Should We Again Vote Against Nana Addo?
Should Families of 44 Ghanaians Murdered in Gambia Testify at TRRC or Sue Gambia at ECOWAS Court?
State Enterprises Can Be Profitable, It’s Leadership
Political Musings: What Prof Naana Jane Didn't Or Show You
Ghana’s Elections 2020, Bad Samaritans, And Narratives Of Insecurity
Exploring The Evolution Of High Definition Television Viewing In Ghana
Dossiers Quotes Coronavirus
TOP STORIES