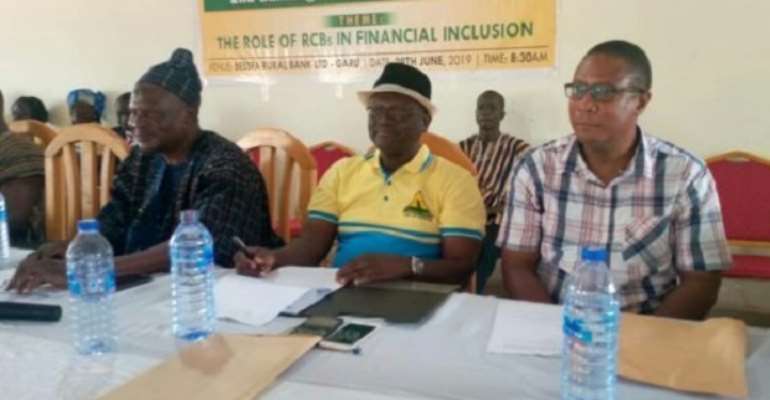 Despite widespread complaints by many commercial banks over the effects of the banking sector clean-up, some managers of rural and community banks in the Upper East Region have said the exercise has increased the trust the public have in them in recent times.

Almost all managers that were interviewed in the region said they had seen some significant increase in their clients and deposits.

For example, the manager of Naara Rural Bank in Paga in the Kassena-Nankana West District, Samuel Namoo, said the increase had been fast, and he hoped that with the ongoing education within its catchment area, the margin of increase could be more by the beginning of next year.

“The exercise though was not good for some commercial banks and micro-finance companies at some point, it has in many ways helped people to realize that the best way their deposits can be safe is through the rural and community banks,” Mr. Namoo said.

According to him, the rural and community banks do not focus solely on increasing the rate of deposits/savings, and giving out loans to people in their catchment areas, but also pay more attention to executing their corporate social responsibilities.

“At the rural level, we make sure that we undertake initiatives that will bring benefits to the populace, especially schoolchildren and farmers,” Mr. Namoo added.

He said the rural and community banks had become development partners in their various communities and assured the public that the Bank of Ghana (BoG) would rather prefer to help them grow to watching them struggle and subsequently collapse.

In August, the BoG released a statement indicating that it had completed its clean-up exercise of the banking and specialized deposit-taking institutions as well as non-banking financial institutions, thereby bringing an end to the public panic and giving a clear direction as to where the public could deposit their monies.

The statement also gave an assurance that the BoG would work with ARB Apex Bank to reposition the rural and community banking sector to enable them to support the rural economies to development.